In the function of the graphic above,
Could you include a mouse click as well as various function key combinations?

I only want to make sure that the action is done when I click the mouse while holding down the function key combination.

I'd like to second this request! Window manager yabai binds interactions to modifier keys + mouse click (move is often Hyper+LMB, resize is Hyper+RMB), and that was a really nice experience.

Another suggestion to augment this request: please make the resize aware of the mouse position in the window's quadrants. When cursor is in top-left quadrant, act as if using the resize handle in that corner. Now it always resizes from the bottom-right corner.

In general this should already be working by configuring a mouse action like this: 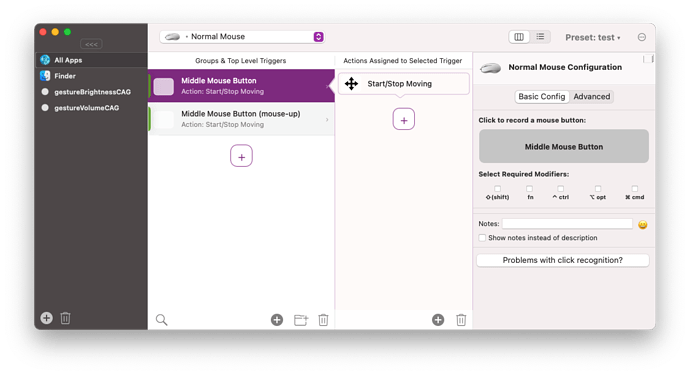 Unfortunately there was a bug which prevents this from working. I have fixed that, an update should be available this weekend.

With the latest alpha it should be working pretty well when configured like this: 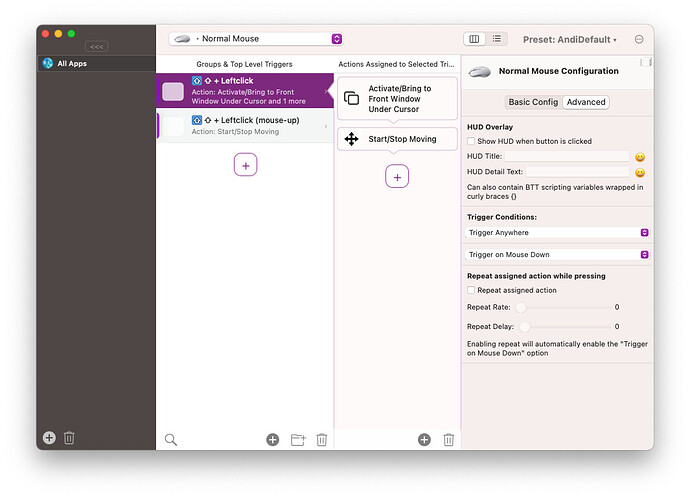 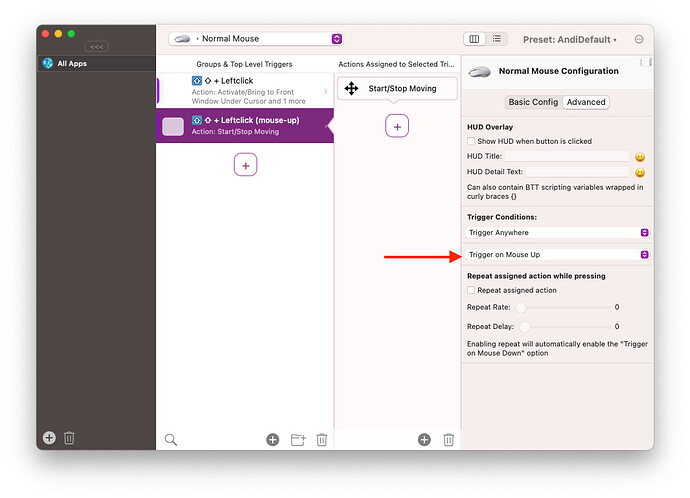 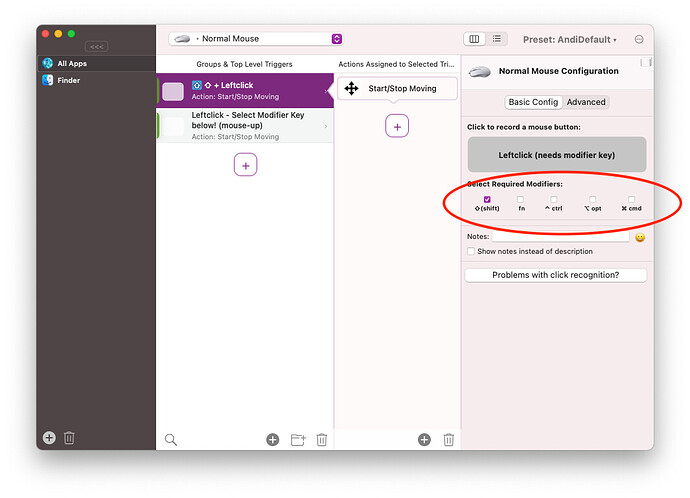 With a Trackpad I don't seem to get any options

I don’t understand, what do you want to do?

Hold some modifiers down while I 2-finger Tap, move the window while holding down the keys, and drop the window when I release the keys. I thought that's what the mouse config here does, no?

This is specifically about mouse clicks which need to be handled in a different way. If you just want to move windows while holding modifier keys you can use the standard configuration in the BTT settings: 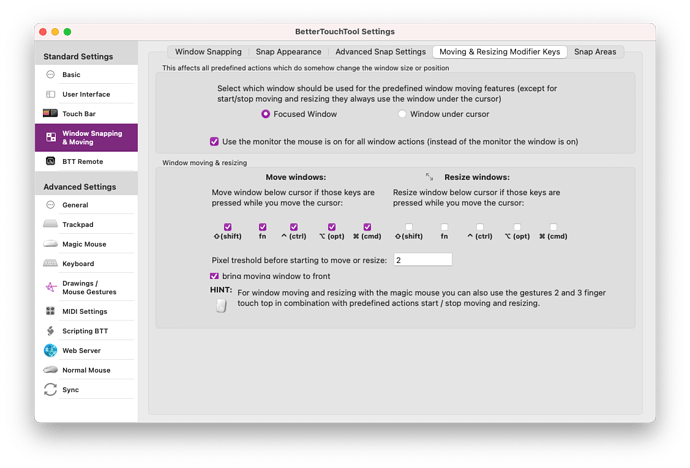 Amazing, I have always hoped to be able to move windows around like this. I have been using BTT for years and I think I have only just learned that "Normal Mouse" also works for Magic Mouse, I always assumed single finger clicks could not be used as actions because they were some special root level type thing that no app could intercept. Nope, I was just looking in the wrong place

That's pretty cool!
Will it be possible to craft some triggers to move windows by 3-finger swipes without any need for modifier keys or clicks?