instead of a big feature request, what about giving support to users wanting to edit the code to translate app names where needed?
I tried myself, modified an app name wherever I found it in the preset, but it didn't work, app with different name translations keep not getting recognised by AquaTouch

Could be a good idea, I've tried in the past but it is quite a bit of work to manage

one main problem is that if I release an update, every single tiny change would need to be noticed and merged in manually to the other-language copy, or, the English update would need to be retranslated completely again...

Whenever I try to activate / deactivate the night shift mode the BetterTouchTool will restart itself.... Further testing, seems the Toogle Night Shift function causing the clash of the BTT...

I'll ask my community if they are experiencing the same issue, might me something to do with apple music streaming and big sur changes. (i don't have apple music right now and my trial was exhausted after i used it for development in big sur beta)

I decided to try out @GoldenChaos today and I noticed that Album Art isn't displaying in that one either. I'm running Big Sur 11.2 (20D64). Hope this helps!

Hi, I just did some tests comparing both BTT presets with Apple Music and Spotify with interesting, repeatable results:

AquaTouch
Music: Album artwork does NOT display when streaming content from Apple Music. It also doesn't display track metadata, it just shows the Music logo and says "Music." However if I choose the track and "Add to Library" and then play that track, AquaTouch does display the artwork and track metadata. It also displays artwork when playing any of my own music, either locally downloaded or streaming from iCloud Music Library.
Spotify: Album artwork properly displays for all content.

GoldenChaos
Music: Album artwork does NOT display when streaming content from Apple Music, however the track metadata (artist and song name) does display. If I choose the track and "Add to Library" and then play that track, GoldenChaos does display the artwork too. It also displays artwork when playing any of my own music, either locally downloaded or streaming from iCloud Music Library.
Spotify: Album artwork properly displays for all content.

I also tested Silicio which is a miniplayer for iTunes and Spotify playback and it properly displayed the album artwork and track metadata in all instances. 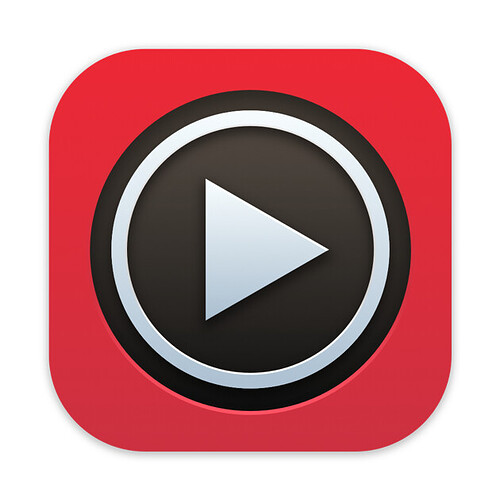 I hope this helps!

I'm new here but wanted to say thanks for such amazing software. I've been playing around with AquaTouch for a few days on a new MacBook Pro. I've figured out most of my questions by reading the manual and also as much of this thread as I can. This is seriously amazing work. Thank you!

I am getting a consistent crash, when I tap the "Night Shift" button however. I've hidden the button but wanted to report it nonetheless. Maybe something to do with the 2020 MacBook Pro's M1 hardware?

I will keep playing around and trying to learn more.

If you don't mind, would you like joining my discord community? You have really great way of debugging which is really helpful, I'd think the live chats on discord would be great

Hello!
I prefer safari technology preview(stp) over safari. But after using preview then stp it always gets stuck on preview controls. Also, btt starts to use about 150% of cpu.
I'm posting the screenshot. Hope you can help.
Edit: 2019 Macbook Pro 16 inch.

I haven't noticed this issue with web browsers recently, but I definitely am noticing it with media players. VLC, Spotify, and Music.app won't fully quit if I have AquaTouch expanded when I try. Instead they close all windows and the application hides itself.

Some further fixes have been made since the latest AquaTouch update, but I'm not sure if I got all of them. If it does come up note the specific group/touch bar screen that was open because that would be helpful

Sorry about the delayed response here. Not sure exactly which group/touch bar screen this is, but this is the one I have open in Spotify when quitting doesn't work as expected.

I am getting a consistent crash, when I tap the "Night Shift" button however. I've hidden the button but wanted to report it nonetheless. Maybe something to do with the 2020 MacBook Pro's M1 hardware?

Confirmed this issue is with the M1 hardware and it affects GoldenChaos too: Apple M1 Night Shift Clash

If you don't mind, would you like joining my discord community? You have really great way of debugging which is really helpful, I'd think the live chats on discord would be great

Sure thing, thanks, I've joined the discord community and will participate there. I'm enjoying AquaTouch quite a bit and am happy to help with its development in any way I can.

Will check thanks for the details, I'm starting my uni semester soon though so I'm a bit busy setting everything up

Hi @yuuiko! I'd like to add that I've been experiencing the same or a similar issue to @maxnl: whenever BTT/AquaTouch is open, every time I try to close the Music app or Spotify or Google Chrome or Safari, the app closes and immediately reopens itself. I've noticed it most frequently with the Music app and my browsers. Is there anything I can do on my end to stop this from happening?

@yuuiko
Hi Yuuiko!
Must say i really love AQT and you should work at apple.
One thing i wonder and please tell me if i missed it somewhere.
I want the default safari youtube scrubber in chromes youtube in AQT. Is there a way to implement it? No need for the exact same one but just a scrubber function would be game changer.
Stay awesome!

Very nice. I see I still have some learning to do when it comes to BTT. But I'm not sure I like the compact Control Strip, how do I revert it? The tutorial didn't say how, just where.

@DirtyPhil
I can't implement some features like Apple becuase of MacOS Limitations on BTT.

Trying to get one working for youtube in chrome, but its taking a while as it's a difficult process

@syntex123
Head to System Preferences → Keyboard, then hit the "Customise Control Strip" button near the bottom of the window! I should add this to the instructions.

Anyone else having serious difficulty getting the sidecar button to work? I've confirmed the apostrophe is not the issue and I do have the screen mirroring icon displayed in my menubar. Yet, when I press the sidecar button under the QuickControls, it fails to connect and I get this message: 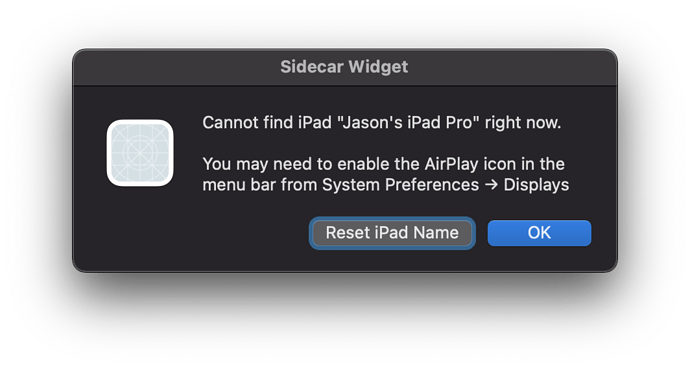 If it helps at all, it looks like the Airplay menubar shortcut has been changed to a Display shortcut: 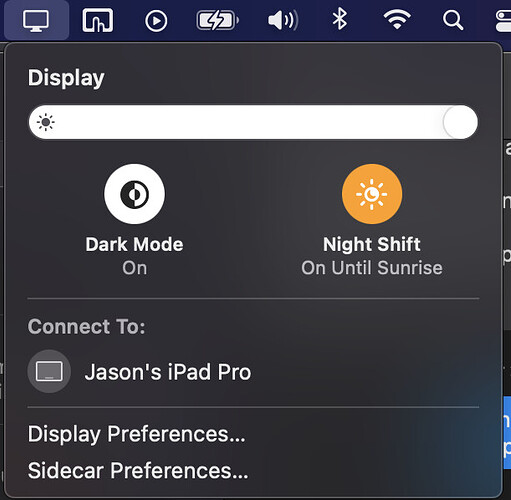 Screen Shot 2021-03-17 at 4.22.40 AM612×598 49.1 KB
Is there a way so I can edit the script to simply use "Display" instead of "Airplay" or whatever term is used to search the menubar? Would love to just find a quick workaround until an update is released, which will prob leverage the new Control Center menu button, huh? Thanks again!

EDIT: Also, I found this sidecar script forum, which provides this fixed script for Big Sur:

i've previously tried to access the new menu but it seems to be structured differently and locked up as a result. Will try that script but may take some time as my university just started again and i'm quite busy, sorry!