They should be used to trigger certain events. For example, I would like to bind CAPS LOCK + W to arrow key up.

I also don't want caps lock to behave or take the functionality of another key like CMD or OPT. It should be as CAPS LOCK and remain as it is.

It should be the same as providing a shortcut keypress like:

with the equivalent with CAPS LOCK being:

Currently, it does not allow me to do that: 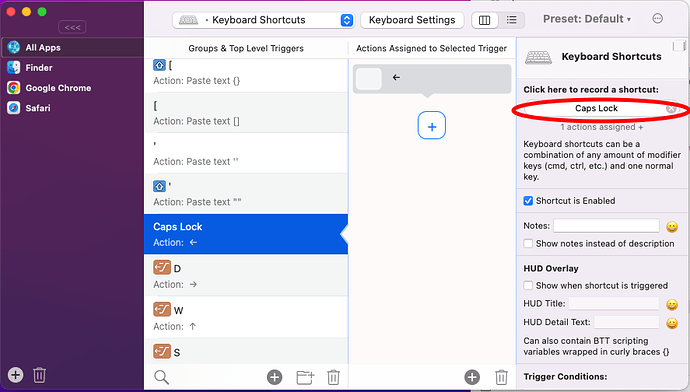 In my opinion, this would be a great feature. I thought it was already built in.

thanks for the quick reply.

A Hyper Key binds a key to CMD+OPT+ALT+WIN from what I understood from the docs. This is not quite what I wanted because it somehow limits the capabilities of caps lock. Let me give you a specific example:

this will not work as caps lock according to the docs already is a hyper key and includes the alt key press.

I tried implementing this with the docs you provided but to no avail. Could you please provide a screenshot of how it should look like?

I am not a power user and I am not trying to be rude, but if I'm missing the point, there's probably someone else out there as well that's trying to get this figured out.

Alternatively, in macos remape caps lock to right control. Then tell BTT to distinguish between left and right modifiers. Here is an example. 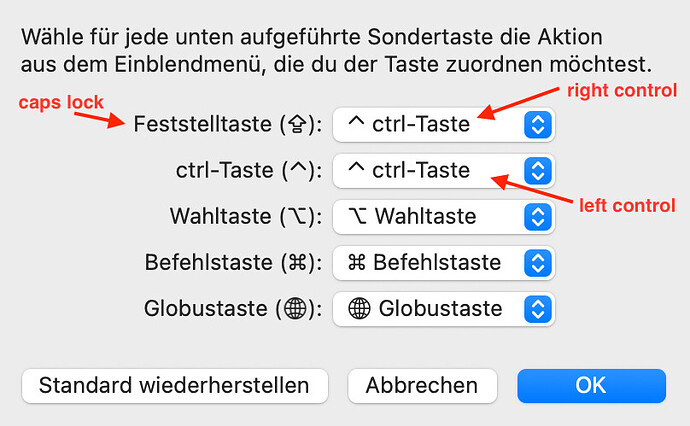 It does not show it, but now „caps lock“ is the new physical „right control“ key, which you don't have on your MacBook keyboard. The „left control“ key remains what it was. 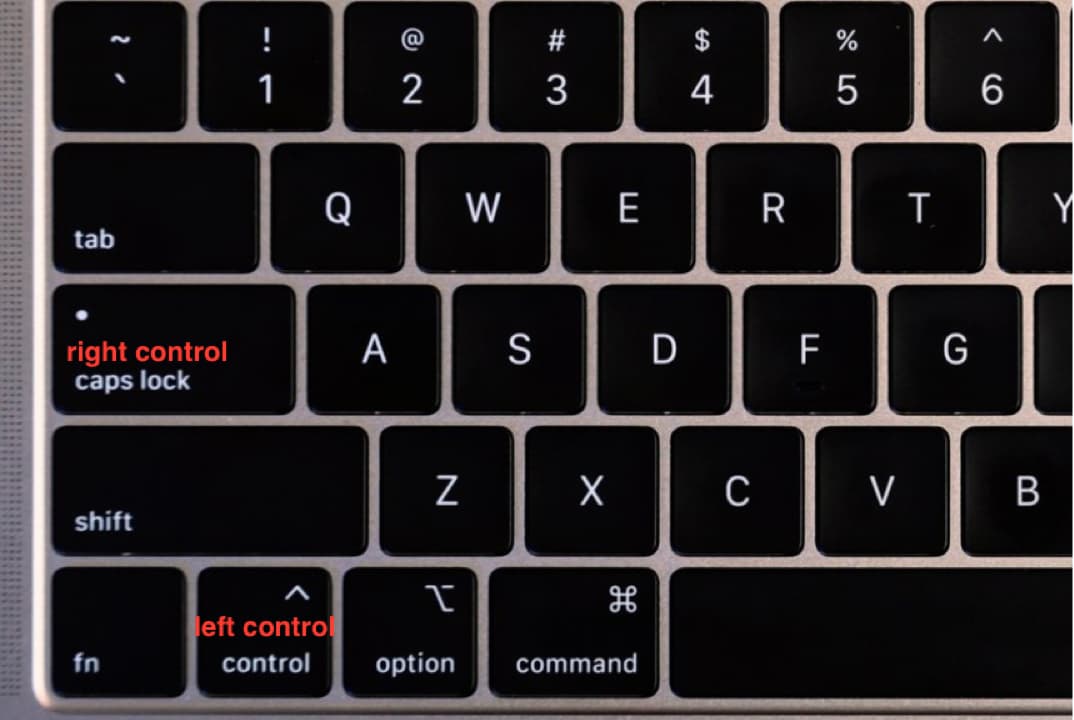 Create the global shortcut "right control + j" to open your calendar. Use the „caps lock“ key (= right control) and activate the distinction between left and right modifier. 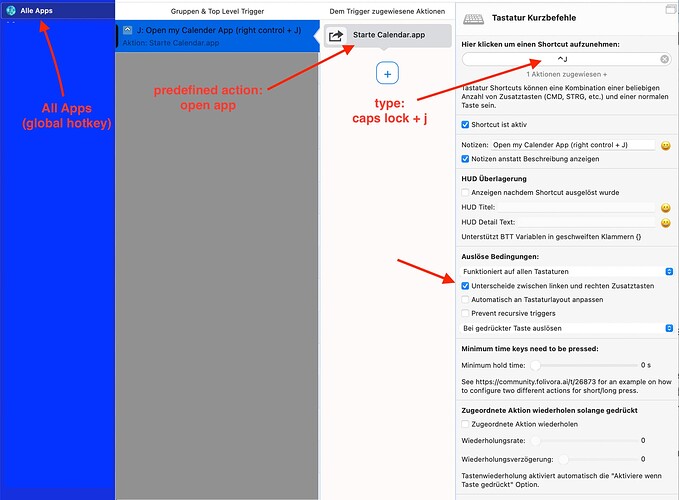 That's it. The shortcut "caps lock/right control + j" now opens your calendar from any app. Should an app use "control + j" for itself, this shortcut remains untouched, with the normal „left control“ key. I have never experienced conflicts. Of course this is only a suggestion from another user. You can decide for yourself if it works for you.

It worked like charm. Very cleverly thought and thank you for taking your time to contribute to this topic.

Although this works well on my laptop, I also have an external keyboard which I use when I have it docked and it does not work with the caps lock on my external keyboard somehow. The rebinding from the System Preferences only works with the laptop's keyboard.

I have an external Apple keyboard and one from Logitech. It works with both.

I have one from Logitech too, but an older one: Logitech G15 V1

Ahh right, I had to select this: 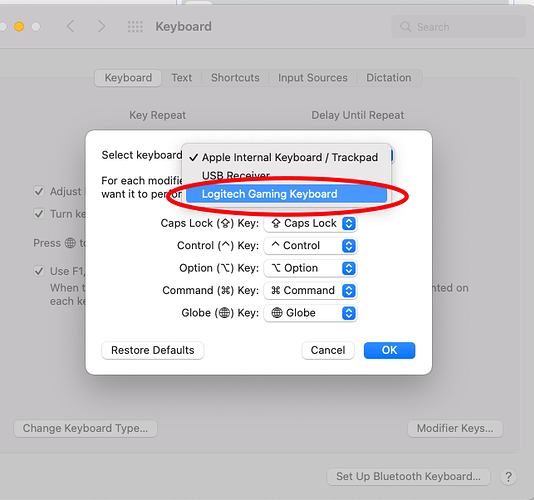 It was only working on the macbook's keyboard because it was the only one modified. I did not see that you have to set them all up separately.

That's not what I meant, but if that's how it works, fine.

Yes, that was like that, too. It's on that by default.

this is how it works for me with the internal and external keyboard. 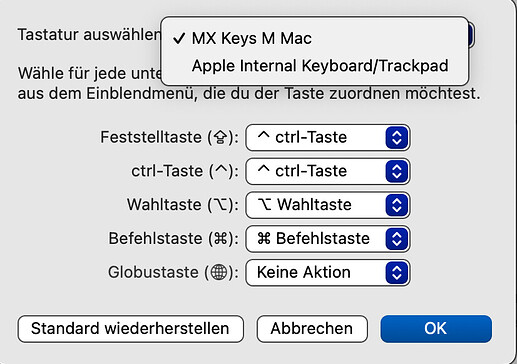 I tried this a little bit more, and experimented around with your solution, Frank1. This seems to get very buggy and most of the time the command does not even run when I press the caps lock key: for example CAPS LOCK + TAB to scroll through tabs does not work, even though it should act like CTRL.

It might also be because of my laptop. But anyways, for my case this is not a viable option.

Interesting. I've been doing this for years without any problems and know others who say the same.