Not having much luck with two monitors over here? My setup is arranged so my monitors are actually in line? (laptop screen in front / below desktop monitor). If I change the arrangement so they're side by side, I can get things to move from the laptop to the desktop screen, but not back. Any ideas? 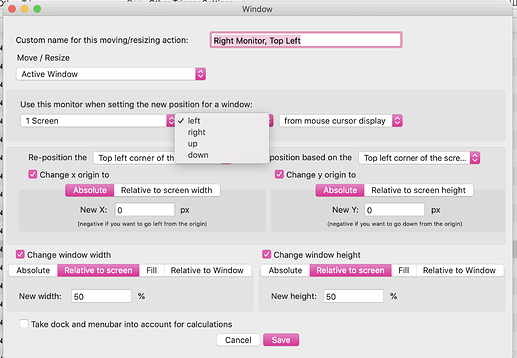 It seems like it only works for horizontal setups... I guess you could go through the 'other' triggers and set the left one to down, and the right one to up, etc. as a temporary fix

It would be good to support vertical layouts but I don't know how to detect where each display is, only how many have been connected.

@Andreas_Hegenberg, is there a way to detect where the displays are? Also relative to the mouse cursor too

Detecting this stuff is pretty complicated and there are tons of edge cases.
I'm already very impressed by this preset and would probably not try to add that in. If necessary it may make more sense to have a separate one for vertical setups. (Of course everything is possible, Apple Script would allow you to get the positions of the screens, with that info you COULD change the setup, but really it gets complicated very fast)

I guess the most stable solution would be to have a user-toggleable setting that switches it between a vertical layout or a horizontal layout, or both if you have some kinda insane display grid.

I'll be focusing on my own preset next and trying to get a stable release up (as it's never had an official stable release) so..... @GoldenChaos??

Just thinking of a simple BTT variable and a UI that toggles it. The "Decide Window Snap Menu" will have an added rule to read that variable.

It would also be great if the code could be minimised, especially the classes. (I don't have much experience in HTML!)

Been working on this, actually. I also ran into monitor support issues, so I’m gonna try seeing if I can at least get the basics of one, two, and three monitors arranged horizontally working correctly

seems like right now even the single-monitor detection isn’t working.

Additionally, it doesn’t seem to know which monitor you’re actually using. So the center control right now always snaps to the current monitor, which is more than a little confusing. I think that, minimally, needs to be fixed for sure. Ultimately it may not be a good UX to show three window snappers - perhaps, for now, we change the added window snappers to more generic “move to screen on left/right” chevrons, and have it move the window as-is to the display left or right of the current one. Of course, this would only support moving one monitor at a time, and only horizontally. Hmm.

I’ll work on new class names/trigger names, since I was thinking of changing those anyway, but those are pretty arbitrary and subjective so they’re not “wrong”, even if they’re not super pretty looking!

Finally, I want to tighten up the animations since they’re a bit slow for my tastes. Another subjective thing, though, haha.

Yes I never found out how to detect where and what display it was on, only how many displays are connnected to show/hide the extra menus.

At this point it’s probably fair to say that you’re more experienced with the actual monitor detection, hah.

I gotta make sure I’m not stacking my plate too high. I don’t want to keep you waiting, so I’ll try and prioritize this.

Just excited to see the changes however long they're gonna take, as I pretty much have no idea how to make it any better myself right now ^^

I've finally been getting around to this

Coming in the next GC build: 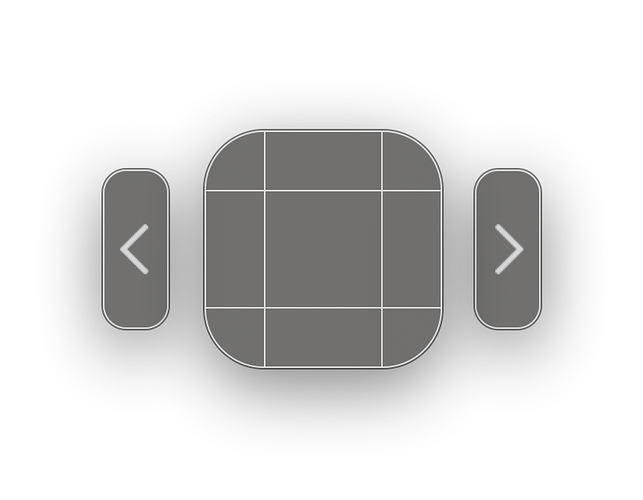 Nice! Would it be possible to post an isolated view here?

Sorry this took so long! Here's the isolated window snapper

Hi, I'm trying out your preset with a dual-screen setup. Monitor on the "left" and laptop screen on the "right".

After moving a window to the laptop screen on the right, clicking left doesn't move it back to the monitor on the left.

Seems like it chooses where to move the window based on the monitor your cursor is on.

@Andreas_Hegenberg is there an option to have it move the window based on the window's position and not the cursor's?

Oh wow, this is lit

I decide to made a catalina inspired window manager after using this, i will share preset and icons after some use, thx for inspiration 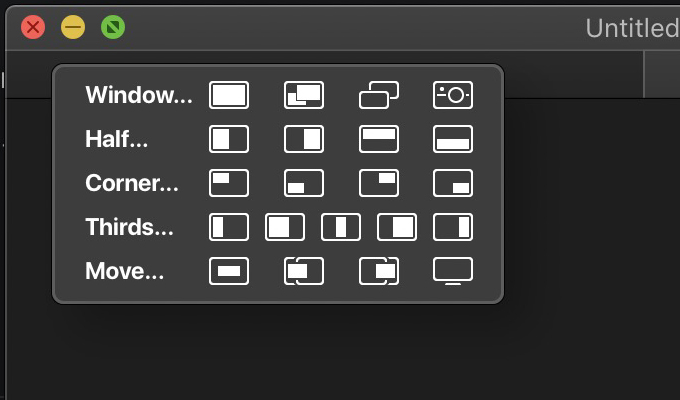 Hope you're well and safe. Curious to see how this went, if there's a update.

Hope you're well and safe! Is there a download for this?

@vurt hey thanks, all goin fine, you can follow progress from here Simple Window Manager - SWM