iTerm2 allows you to create profiles whose windows have no title bar. When I try to move such a window to a different space/desktop using BTT's "Move Window One Space/Desktop Left/Right" triggers, the window does not move. (Interestingly, the view moves to the other space/desktop, but the window gets left behind.)

To reproduce the bug: create an iTerm2 profile where the setting Preferences > Profiles > Window > Style is "No Title Bar" and try to move it using the "Move Window One Space/Desktop Left/Right" BTT triggers.

AFAICS this only affects those two triggers; e.g. moving the window around using "Custom Move / Resize Window" works OK (including moving to desktops on other physical displays), as does using BTT's "Moving & Resizing Modifier Keys" preferences (e.g. I can hold down my fn key and drag the window around).

MacBookPro keyboard, but I strongly suspect that any way of triggering this action will be affected; as it happens I have it set up via a Named Trigger, so I don't think there's anything keyboard-specific going on here.

This is how a window looks with "Normal" style; this one will move OK with BTT: 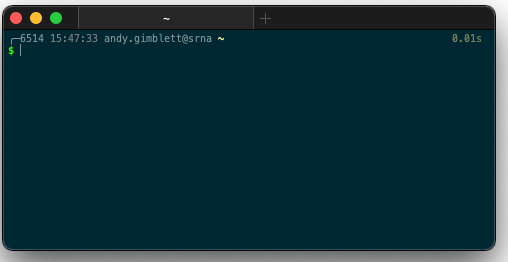 And here's one with "No Title Bar" style; this is the one where the bug shows up:

In terms of appearance, obviously the main thing is that there's no traffic-lights.

The only workaround I've found is to set the window style to "Normal".

The possible iTerm2 window styles are (documented here); of these, it seems that only "Normal" and "Maximised" are unaffected by this bug — in all of the rest, the traffic-light buttons are missing so they look like the "No Title Bar" style; (and "Full Screen" is obviously irrelevant in this context).

The closest BTT-related issue I could find was this one from 2019 about Electron apps. The suggestion there is that screen recording privileges need to be switched on, but I have them switched on, and anyway the trigger works for "Normal" styled iTerm2 windows, so I doubt that's related to what I'm seeing.

The closest iterm2-related issue I could find was this Amethyst issue from 2014; perhaps there's some relevant info there, but OTOH it's 7 years old so maybe not...

unfortunately what BTT does for moving windows to other spaces is click the title bar at a specific position, then send the key commands for switching spaces. If the window does not have a normal titlebar, this will fail.

I don’t think there is a better way to implement this :-/

Ah, fair enough. TBH it's not a biggie because I always have the tab bar visible, so the title bar doesn't eat any extra vertical space (as you can see from the screenshots) — I just find the one without traffic lights neater. Thanks anyway!