can gap on left side of first button be removed?

I am used to my ESC key being directly above tilde/accent, and on the touch bar the key is shifted over to the right of where I would like it to be. Can this gap be removed?

There is no screen in that area, so it’s physically impossible to display anything there.

However, it does still have a touch sensor in that area, so you can do something like my preset (see the beta version, the current stable version doesn’t have it as of yet) to get it look edge to edge. You can also tap it as if it where on the edge too.

it blows my mind that Apple is so foolish. Why in the world would they not have just put a damn escape key in the far left, and then started the touchbar AFTER that?!?! They really blew it with this. As a programmer, the esc key is one of the most important keys for me, and for it to be a "virtual key" is just... ridiculous.

Anyway.. Thanks for your help.

At least give them credit for extending the touch sensor beyond the actual visible display. If you try touching the blank area and not touching the display the closest button to the edge will activate.

This blank gap is where the OLED driver chip is located. Unless they use the fancy and expensive iPhoneX folding under-display chip they wouldn’t be able to rid this.

This emulates a press of a key and feels pretty convincing!

(also if you didn’t take a look at my preset, my escape key looks like this: 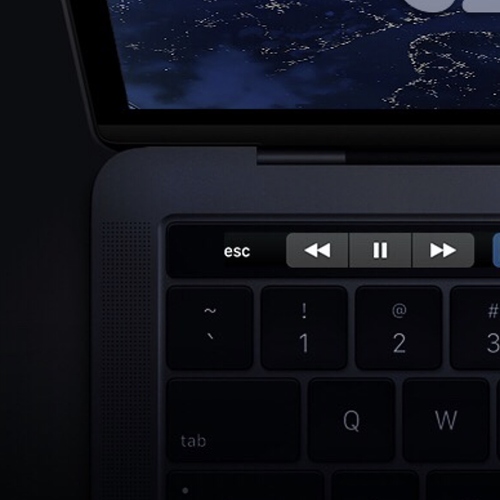 You can also tap it as if it where on the edge too.

This is the gamechanger here. It really does put the escape key where it should be. Nicely done.

@patrick99e99 - I agree with you - the muscle memory of the esc key position cannot simply be relearned - and @yuuiko has a pretty nice solution.

If you just want to check out his escape key, he made this simpler set of presets too:

The only thing is doesn't quite solve - and I think none will - is the lack of a physical esc key. Touch Bar haptic just doesn't do it for me. But at least now my finger will hit the key!

I've been using this for a while, its not quite a key feel but its VERY close to one. 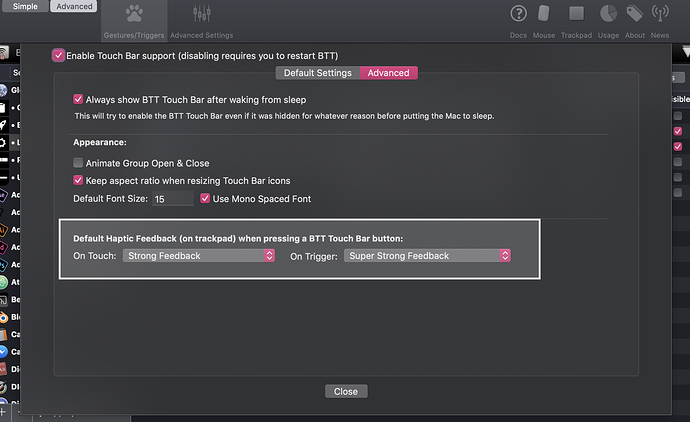 Flick it on and force yourself to use it for two weeks. After that, having it off feels awkward.

Do you know if there's a way to make it silent? I see BTT's options for silent clicks, but not touch bar.

The TouchBar doesn’t have a taptic engine

Those options all tap on the trackpad in different ways, so it’s fun to just select each one and see how they feel.

This means it needs to be strong for it to basically tap the whole laptop. If you opt for a quieter one you won’t feel it as much, but you could if your hands are sensitive enough to feel it.
Its sadly a game of choice,

Thanks for the explanation!