Can BTT detect mouse cursor moved to different monitor on another computer via Synergy?

I am using the Synergy app which allows sharing mouse and keyboard on another computer. 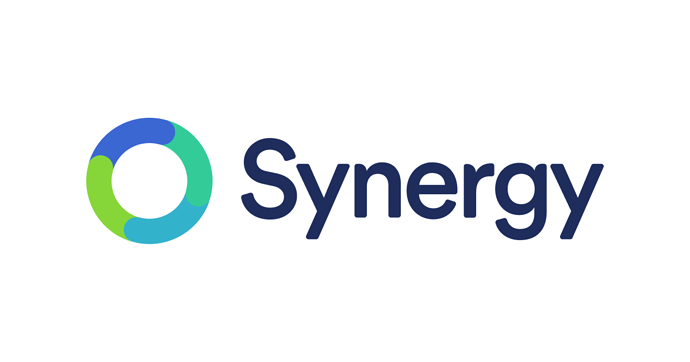 If not, could you add this function for the next version?

The open source version of Synergy is Barrier (GitHub - debauchee/barrier: Open-source KVM software), and if any issues can be addressed on this it may be easier with access to the source code.

Or, create a S/B virtual device within BTT, but S/B would need to register multi-finger inputs and the like, which I am pretty sure it does not.

I'm using Barrier, and need BTT to recognize when the remote client screen is active, so I can change my gestures. The problem is that Barrier works in the background, so if I add it to the apps list in BTT, and customize the gestures for it, it doesn't work. I'd have to manually bring Barrier to the foreground every time, before moving my mouse to the remote screen. I'd appreciate it if BTT could support this use case, for example by somehow detecting that the mouse is on the remote screen, and switching to the gestures defined for Barrier even though it's in the background.

I need to change the gestures so that they'll send commands to BTT's web server on the remote client. That way I can have gestures do different actions for different apps there, rather than only sending a global keyboard shortcut via Barrier.

Ideally, BTT would support a mode where it automatically recognizes multi-touch trackpad gestures and sends a trigger signal to a remote client, via BTTs web server, if it detects that the remote is active. Then BTT on the client would interpret the gesture triggers as if they were made locally. That would avoid all the work of the user having to set up duplicate, alternate gestures to be sent to the remote, and re-interpreted there.

PS, there's a new fork of Barrier, called Input Leap. The most active contributors / maintainers have moved there. See:

The active maintainers of Barrier for the past 2 years, @p12tic and @shymega [1]… have moved their efforts to this repository. The reasons are the following: - All important parts of the project were controlled by `walker0643`. No one knows the real identity of that person. - `walker0643` has not been active for at least 2 years and did not give enough administrative access to anyone else, which caused operational issues maintaining the project. - The name `debauchee` is not professional and should not be associated to a popular project. Our attempts to achieve a compromise have failed, `walker0643` did not think that a fork is bad and encouraged it himself so we are here. We intend to maintain compatibility with older versions of Barrier. Currently we think that InputLeap would be a good new name for the project. We will confirm this when we do the first release from this repository. Picking new names will need changes in the directory structure of the project, so we want to delay this for as long as possible. [1]: During the past 2 years since v2.3.2 @p12tic and @shymega together authored 305 commits which is more than twice the number of commits by all the rest of contributors (150 commits). This can be checked by running `git shortlog -ns v2.3.2..master` on the Barrier repository.

I also posted some more detailed comments in the discussion area there: 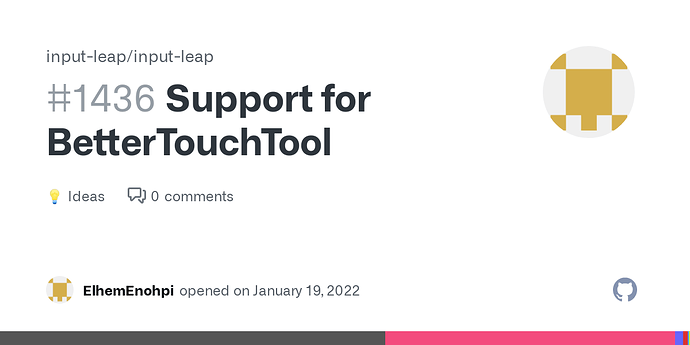 Hi, and thanks for continuing the development of this app! I use BetterTouchTool on my Mac for all kinds of trackpad gestures and custom keyboard triggers. It would be great if it would work with I...