@Omoeba Thanks for your help @DecafMountain0! @Tim thank you so much for the encouragement! A little bit on why that option is enabled, if you're interested: It's not intended that the command and other modifiers switch the bar to AQT.. It's currently an issue with how bettertouchtool can implement the feature i desired: The feature is modifier suggestions, They should only pop up when you hold down a modifier key and if the current app supports them, however it seems like all apps are hopp…

I'd like to apply this setting on a per-app and per-key basis instead of globally.

Thanks for your help!

Good idea, I'll add this to the next version!

I have quickly added a setting in the latest alpha (>= 3.353 ), would be great if you could check whether that's what you need. 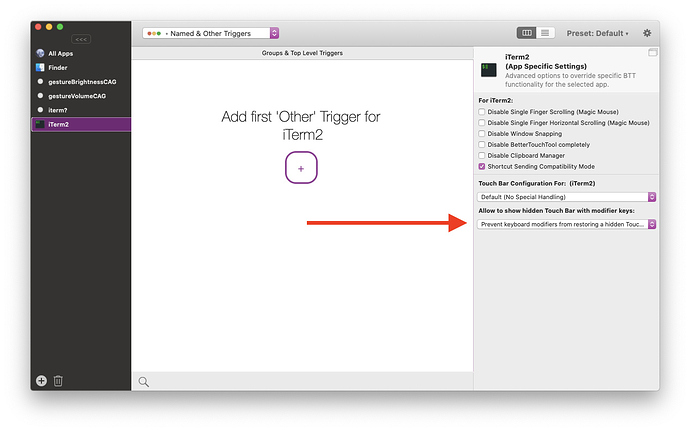