No luck. I can get option down to engage and option up to engage when I remove my finger but I can't get the tab to be recognized, unfortunately. While my fingers are still touching I can click tab and contexts will pop up but not using any command from within BTT

I got it working somewhat, I think I had not converted one of the named commands to an apple script blocking one.

upon release script for option up

This method seems to be slow between taps but what I found is that after I do my 2 finger down tip tap right, I can switch to my regular tip tap single finger down which is a simpler alt tab without a script so that seems to be more responsive and works in both directions.

what do you mean by contexts?

It's a software for mac 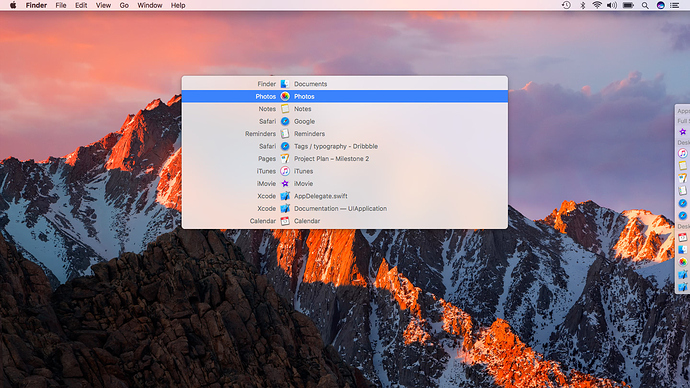 Switch between application windows effortlessly — with Fast Search, a better Command-Tab, a Sidebar or even a quick gesture. Free trial available.

I'll have a look!

It's still not fixed. Any clean solution for Contexts to pick up the keystrokes by BTT?

I ended up scripting the commands