Hi there, just getting going with BTT and love it so far!

I've got three or four apps that each have their own shortcut for a search pop up within the each app itself. I was thinking that it would be nice to have them all be the same shortcut, as I keep getting them mixed up.

I'd like to use Command+/, which is the shortcut in one of the apps already.

They're mostly web app wrappers, so there aren't native app 'menu-bar' actions to pick from.

So the idea is to have the new main shortcut, send the shortcut the app came pre-programmed with. Here's what I got so far: 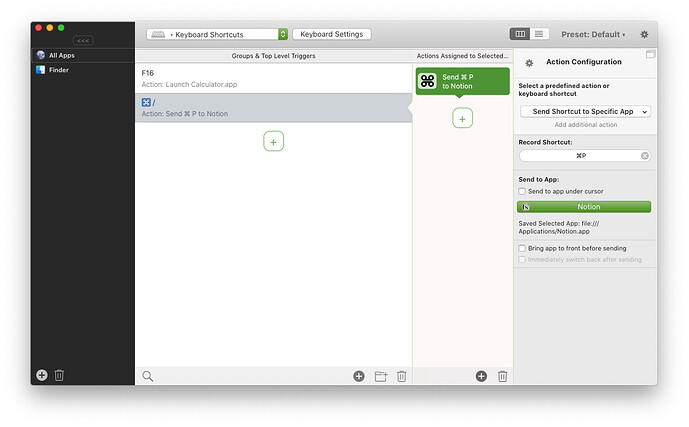 In the Action Configuration pane under Send to App: you chose Notion.app - which will be the app the shortcut is sent to when triggered, whether or not it's in focus.

What you probably want to do, is add each app to BTT and add a shortcut for your function in each app individually.