The reason why there is a distance limit for these gestures, is that they otherwise would trigger randomly all the time while typing, especially on the new Macbook Pros with the big trackpads.

This is almost impossible to filter out, which is why I added the distance limit. This seems to be the most reliable way to prevent false positives here. I don't think it would be very useful to add the "two finger tap far apart" gestures, as it would be very annoying to have it trigger all the time while typing.

I see, thanks. I remember that there is an option to disable trackpad gestures during some period after pressing a key, but that would not prevent the accidental gestures that might happen after one hasn’t typed anything for a few seconds.

It can somehow prevent it when combined with the "Reenable gestures only after touching the center area of the trackpad" option, but this can also be a bit annoying. 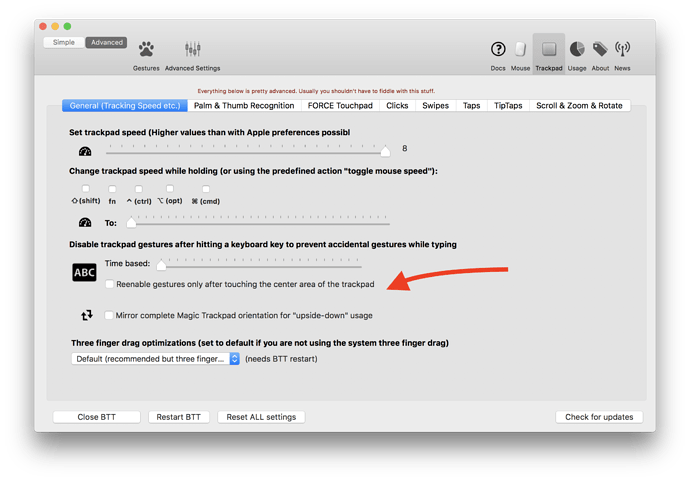 I could make the allowed distance configurable if you want to experiment with it.