TouchBar Pomodoro - Keeping stuff from other apps in our Touch Bar!

Hi,
So I've recently started using BTT GodenChaos for my TouchBar experience on Mac.
I found this really cool little Pomodoro app that essentially creates an pomodoro timer in your TouchBar. I wanted to find a way to keep it running or create a widget that allows me to keep touch-bar widgets / icons from applications.

I'm trying to get this Pomodoro Tomato Bar widget to work with @goldenchaos and think it will be a great extension to the program. If I'm able to figure out how to get this working I'm more than happy to create a tutorial for programming novices like myself. 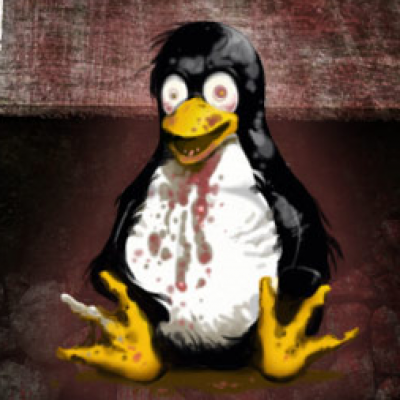 I take the challenge to do a small BTT series of script in order to do something with that idea.
Here is the preset 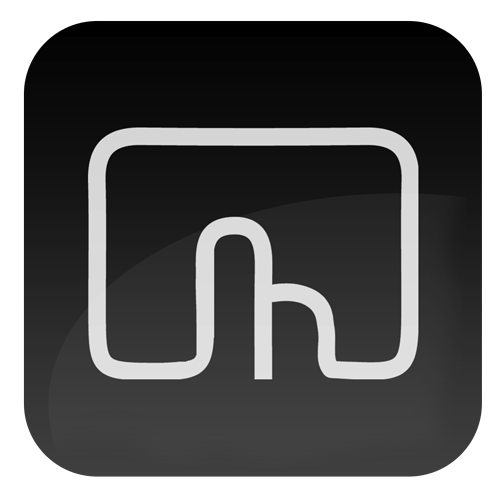 The official place to discuss BetterTouchTool and share your setups.


(But i doubt that the activation group that I use is shared so you might need to create it.

In the "all app" section of the touchbar, I have created one button:

Which allows to setup the time for the timer.
The associated applescript is here

Here you can see that I setup two variable of BTT, one call customVariable1 (will explain why later)
and the second one, the number of second of the timer. 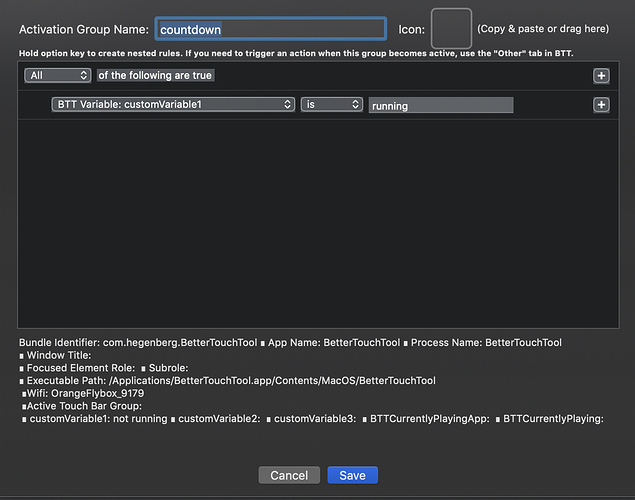 Additionally, I have configure a trigger in the "named and other triggers" section.
I setup a trigger that start to run an applescript as soon as the activation group is activated.

The named_trigger allows to setup any BTT action. For the demo here, this is just showing a HUD on the screen written stop (but you have all the options of BTT).

This is more a proof of concept (and me having fun and experimenting some idea) than a full solution.
This has therefore many limitation (only one count-down, no reset of the timer, ...)
But this is something that we can discuss and that everyone should be able to customize to his own needs.

The link to the preset appears to be invalid.

I second that. this would be a nice preset to have

A simple timer widget for your touchbar! Setup/Preset Sharing