The Now Playing widget is so good!

No bugs, but I saw two cosmetic things:

For the widget app options:

Otherwise, it seems to be working great so far...

I'll play a bit with the scaling. You can change the cover image size & position in the appearance settings by changing the icon height / width, BTT uses that to scale the artwork. However it's possible I need to render the whole item in higher quality, might depend on the resizing algorithm used in the Stream Deck software (BTT currently does render at 96x96 because that's the highest resolution on the Stream Deck XL). The more pixels the more performance it needs, but if 144 looks best I'll do that.

I'll add an option to fall back to the image configured in the appearance settings.

I found the 144x144 advice in this comment from Elgato ( a couple of comments down. I guess since the regular SD is 72x72 it makes it easier to scale across all of them.

I noticed another thing.

If the Widget button is not visible on the SD at the time when the song changes, then it will still be the stale artwork from the earlier song when the button appears again.

It should probably refresh on the button becoming visible.

I think the refresh should now behave better in 3.815. Best to remove & add the widget again.

Refresh was working, I couldn't make it fail. Thank you, that's better!

I saw the option for fallback icon., and tried it on a fresh button. It still seems to be acting a little funny.

The focus thing is weird, I wasn't able to reproduce that yet. (The focus state should not influence the album art unless another app is playing and replacing the album art)

I did a few more changes and updated the defaults (remove & re-add once more) in 3.816

You're right, the focus thing IS weird. I feel bad focusing on the focus thing. It's ultimately cosmetic, and it's probably apple's fault in the end.

I'l try to narrow down what causes the focus to kill the album art.

Let's say I have FInder, Zoom, Brave, and Music running. I'm playing a song, the Album art is there, everything's fine.

If I pause the song when Zoom is focused, it gives me an "Album art with Pause text". That's great, it still looks good.

If I then switch to Finder and then Brave, the "Album art with Pause text" persists across both focus changes. Nothing unexpected has happened yet.

But if I app-switch to Music, the album art is killed, and it doesn't come back. It switches to "No Album Art and Pause Text".

This feels unexpected, because when Music is focused, it feels weird it can't access the Album art it was already using.

This would probably be unnoticeable if you never switched in and out of Music while paused with Album art. It's only when switching to Music that the Album art seems to drop. But if music is paused and people do a lot of app switching, (through Music) it feels like the button isn't reliable for persisting the artwork.

Shorter: Switching to Music after first pausing in another App removes Album art from the SD button.

Add: If the music is paused while Apple Music is focused, then it shows Paused Album Art, but if the focus is changed to another App, the Album art is dropped. It seems to be a Music focus thing, not all apps.

Very weird, this doesn't seem to happen here. Which version of macOS are you running?
Does the control center in this case still show the cover? 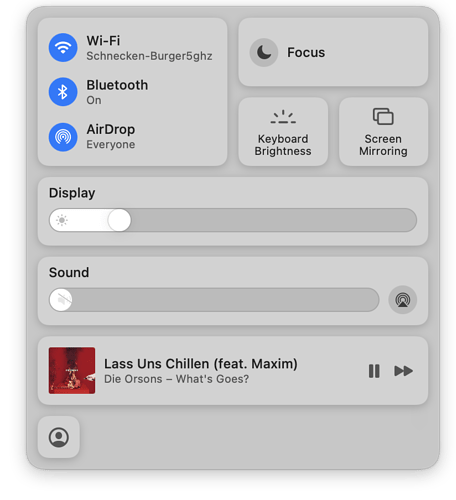 Ah and are you using a local library or Apple Music?

I am on 12.4. The cover is fine in control center, and I am using Apple Music, not a local library. 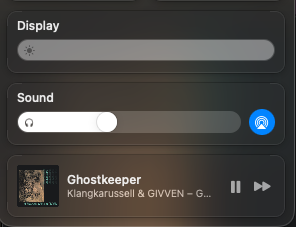 It's very reproducible within my system. It happens every time it is paused and I have just given top focus to Music, or stopped giving top focus to Music. All the other apps are fine, and it works fine everywhere if the song is playing.

Right now it's started working. None of the weird behaviors are showing.

I was able to replicate the weird behavior at will all day, but right now it's fine.

Earlier, it seemed to have some other glitches with fixed identity buttons ghosting/paging as other buttons when switching profiles, but I think I restarted so many times I made it stable again somehow? I moved and erased some older buttons, (including the CPU one) so maybe one of them was causing a glitch/conflict?

If it comes back I'll mention it, but I don't know why it's good now.

Edit: Spoke too soon. I see I still have a button that doesn't know what it wants to be, in the first second after switching pages. It's fixed identity in both interfaces, but it flashes another working button before settling down to the intended one. I'll look at it again tomorrow.

After a fresh look I can see where it starts breaking.

After a BTT restart, it works and looks stable for the first minutes. But if I switch page or profiles on the SD, then the BTT buttons start glitching, like they are trying to do paging. (All buttons have FixedID in both BTT and the SD interfaces, and BTT Paging is off in the BTT Stream Deck Settings)

A button will show its FixedID, then flash some other button, then FixedID. It doesn't happen all the time, but it seem to happen in the first few page switches. The glitches are live buttons, not just an image. If I press when they are showing, I get a misfired result. After that the Music issue happens.

I won't report any more, I think I've described it as well as I'm able.