Running 3.238 (1415) - I've set up a touch bar shortcut for screen capture. This works well, except when an app (say, Safari) is maximized (i.e occupying its own space). When that happens, the screenshot is taken, but the BTT popup window has a modality issue. If I press the "Save as" button, nothing appears to happen but BTT popup is unresponsive. My theory is that the resulting "Save as" dialog is stuck further below in the z-order and the maximized app doesn't allow access to it. Subsequently I have to force-quit BTT.

Note: this does not happen all the time. If BTT capture popup is already up in some other space (out of the umbrella of the maximized app), then the "save as" dialog shows up ok.

Also - this is not only restricted to the Save As dialog - it will happen if the settings icon is clicked such that it would display a popup. 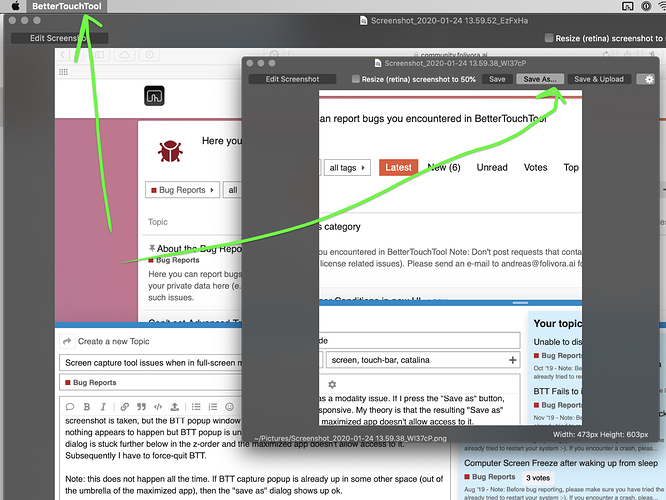