I've setup Snap Areas that are super awesome on my Ultra Wide monitor.
I have three areas that are left third, right third and middle third of the screen. The window snapping feature is working well.

I have then setup keyboard shortcuts to trigger window resizing (screenshot below), I believe this is unrelated to the snap areas but it's worth I mention the snap areas.

So the issue occurs at random times, I would execute a sequence of keys such as CMD+B (happens like once in every 30 times I hit that combination for example, which I use a lot as it's the Build Project shortcut in Xcode) for example which would trigger one of these resize shortcuts (where it's NOT one of my shortcuts). There dosen't appear to be much of a pattern, and I cannot reproduce the bug as it's intermittent.

Screenshots
This is my global keyboard shortcut setup 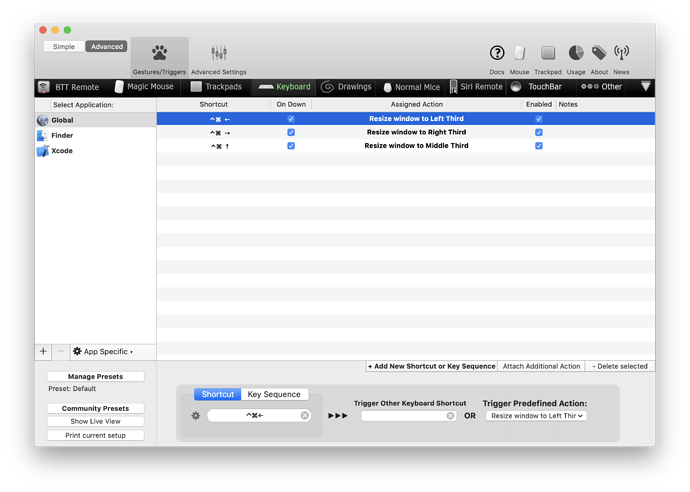 Ok it turns out that I

So I removed this conflict and all is well ... Thanks