I want BetterTouchTool to be translated into the most important languages, please post here to request languages that have not yet been added.

(I can help with fixing any potential errors)

Current the Chinese language is actually Simplified Chinese, which is mainly used in China. Could we put the Traditional Chinese (mainly used in Taiwan) into BetterTouchTool as well?

Hi, is the Italian language in development?

Hi, is there any possibility to write or find something in German?
repa

@repa TT is almost fully translated in German, at least the latest stable version is, see an example of setting screen: 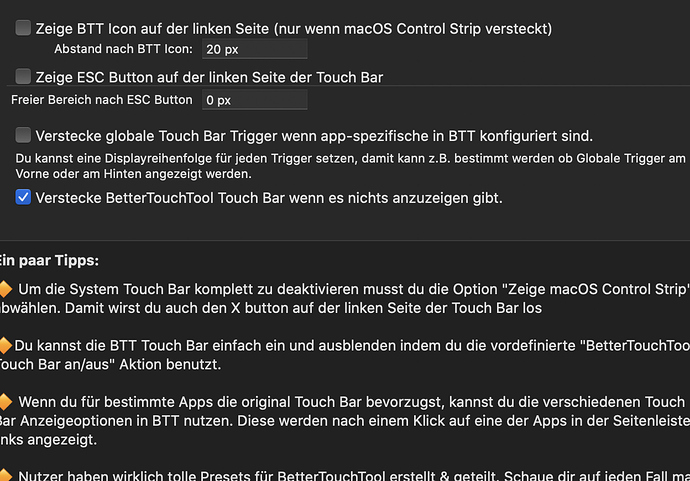 If anything's missing I can help translate from En to De