Order of button on Touch Bar 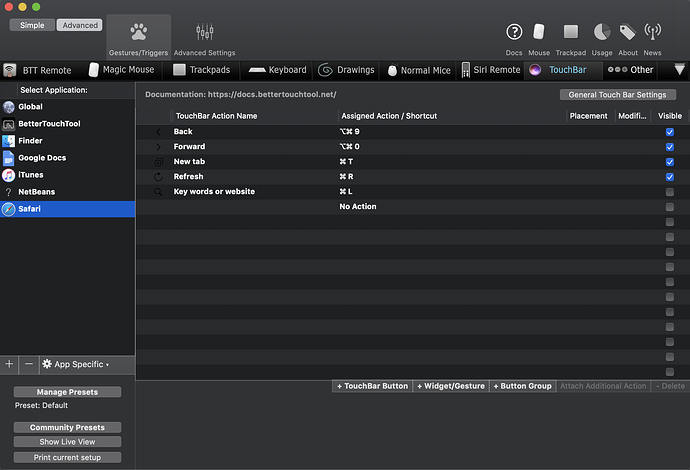 My configuration for Google Docs ("Conditional activation group" that check if the title of the window contains "Google Docs" (not perfect, but it works)) 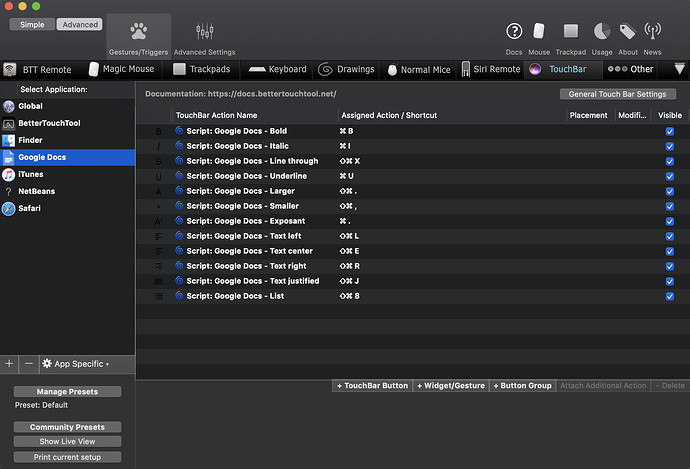 Currently the order of the buttons in such a case is defined by the order they are added.
Unfortunately at the moment there is no UI to edit this order.

You could export your preset as JSON, open it in a text editor and edit the BTTOrder property.
Alternatively you could just copy the json for the problematic app (Safari) by selecting Safri in the side bar and pressing cmd+shift+c, then edit the clipboard content in a texteditor, delete your original Safari setup and paste the edited one (cmd+v)

Thank you for your response! Unfortunately, it doesn't seem to work. I exported my "Google Docs" preset and edited the BTTOrder property so it would be higher than any of those in "Safari", but when I paste them back in BTT, the order goes back to its original value.

The new version has a "Display Order" field for Touch Bar items where you can enter a number. The lower numbers will be shown first.

Hi, I know this is an old post, but would you mind sharing your Google Docs setup? I am trying to figure out how to do something similar!