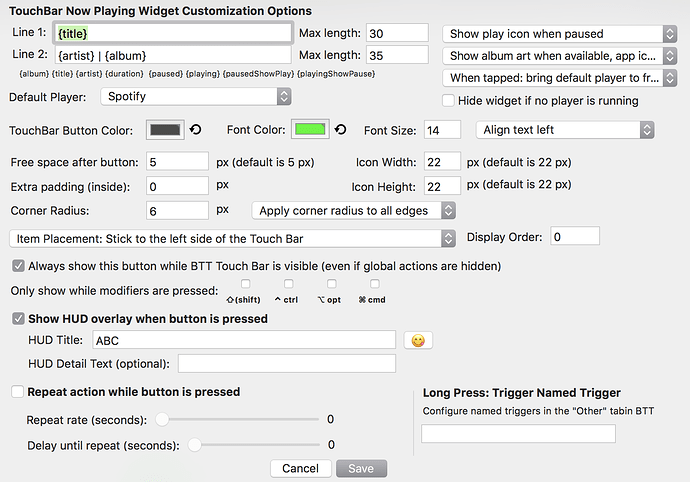 sorry, 10.12 doesn't have the now playing API.
I should add a note about that.

Thanks for the super fast response. I upgraded to Mojave (after clicking "remind me later" every day for as long as I can remember) and all is well

Here's another user who would probably benefit from the same information: Now Playing Widget doesn't output anything