This request is similar to Feature Request 26240 to implement trigger-variants for gestures, using modifier keys.

In short, I would like have multiple actions for a single gesture, using modifier keys to differentiate the action. In other words, if I had a gesture called "Circle Left", I would like to have volume change if I gesture without any modifiers, adjust brightness if I hold the Control key while gesturing, and adjust keyboard brightness if I hold Shift+Control while gesturing.

Because mouse controls are entirely separate from keyboard, this "modifier" would ideally be open to ANY keyboard keys, possibly even other mouse buttons (i.e. different triggers for "Right Mouse + Gesture" vs "Middle Mouse + Gesture").

you can already select modifier keys for gestures, or did I misunderstand?

How? When I select the gesture trigger, I do not see an option to select modifiers... 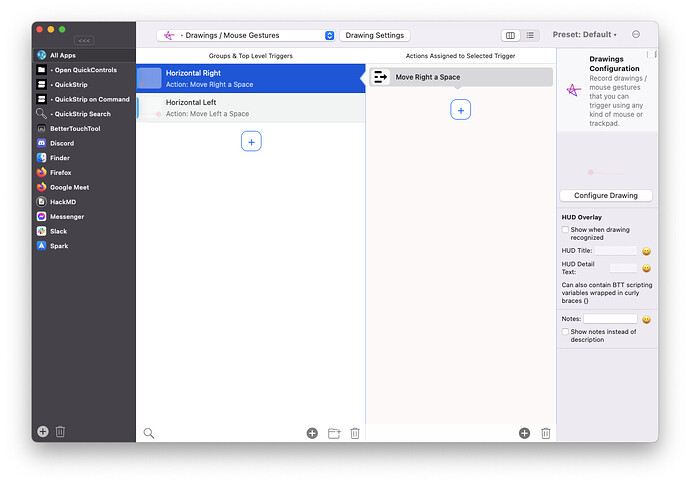 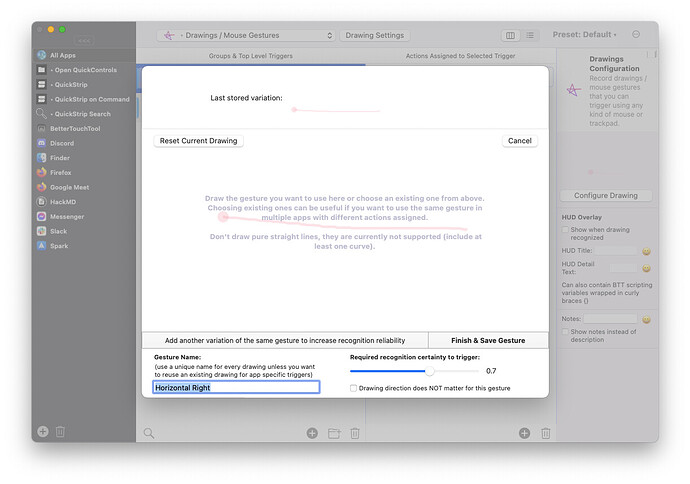 Indeed the UI for modifiers seems to be missing for some reason, I’ll have a look!

Thanks for the quick response! I have also changed the title of this post to clarify the context for future readers.

I have added the modifier key selection back in the latest alpha (3.764). One thing to note: for them to work, the gestures need to have the same name/identifier.

How does this work if, for example, I have only ONE gesture, that requires a modifier key, so that it won't trigger if I were to accidentally click my right mouse button and drag. In other words, could I use the modifier key as a guard, rather than to differentiate two uses of the same gesture?

yes it will only trigger if the specified modifiers are pressed

the gestures need to have the same name/identifier.

I don't think I am understanding what you meant by this statement. What is the thing that the gesture-name needs to match? The name of the modifier key? Would you please give an example of what the naming should look like?

if you have multiple same gestures but with different modifiers, they need to be given the same name