I'm looking for a quick way to toggle "mirror displays" on a macbook with a touchbar. Unless I'm missing it, it doesn't look like it's an option. They keyboard shortcut is:

I'd love if I could just push a button on the touchbar. Anyone figure out how to do this?

I thought the very same thing - I was expecting it to be in the preset actions list because surely it seems like such a logical thing to want to automate?? In the end i explored running an automator script which counted down menu items to mimic how a user would click with mouse but it wouldn't work 100% depending on which airplay devices were present and what they were called because the order might be different etc Hardly ideal!

I'm also facing the same limitation due to Apple disabling CMD+F1. Hope someone can help us out. It's very useful for those of us with multi-monitor setups.

Still no suggestions on this one? (my main reason to get BTT)

You can download this tool (the command line version) and trigger it using the "Execute Terminal Command" action in BTT (just enter the full absolute path to where you put the utility):

You can also download the app version of it and launch the app using the "Launch Application" action in BTT.

Thank you so much for finding and sharing this. It's working great!

Now... if only someone could help me setup a Conditional Activation Group so that the button for "Display Mode Toggle" only shows up when an external display is connected...

I think there is currently no such condition available.
Maybe there is some way via apple script to check whether multiple monitors are connected though.

//edit: this terminal command can return the number of connected displays: system_profiler SPDisplaysDataType | grep -c Resolution. It shouldn't be run too frequently though. 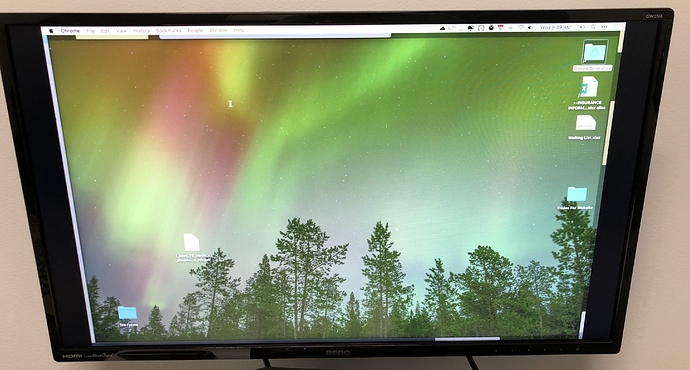 After testing this for a week I've noticed that it will mirror my screen, BUT it defaults to "built-in retina display" and doesn't fill the entire screen. Not sure how to get it to change the option to my monitor's resolution.

Someone correct me if I'm wrong, but that's just how MacOS normally handles it. It will mirror your primary display.

Thus, if you want the inverse to happen - for the external monitor settings to be mirrored to your built-in display - you need to make the external your primary.

You can do that by moving the white bar in the display settings. 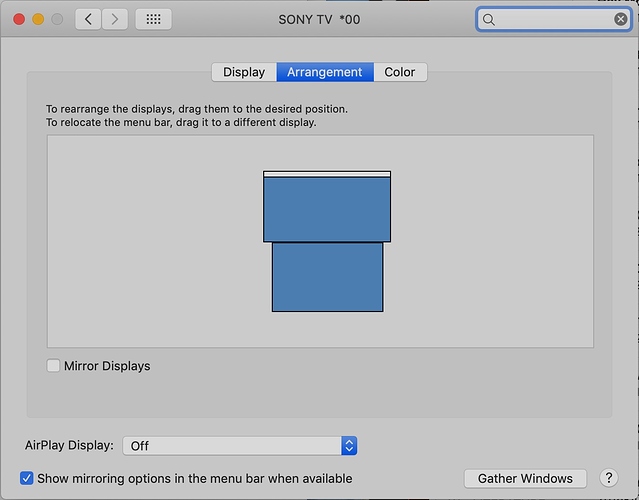 Cool, I'll try it out! Thanks Andreas!

Thanks for the responding. When I push

It mirrors my primary MacBook pro screen perfectly, fills the screen and auto selects "BenQ" monitor for me.