Hi! I'm using BTT to add some usability to my Touch Bar in After Effects (my main tool of work!) and it's being great.
I'm having a bit of trouble using the menubar-item action, though.

Sometimes it works great, other it just doesn't work.
To test it out, I'm using the context menubar to check if it's working or not and I have some pics from both situations. 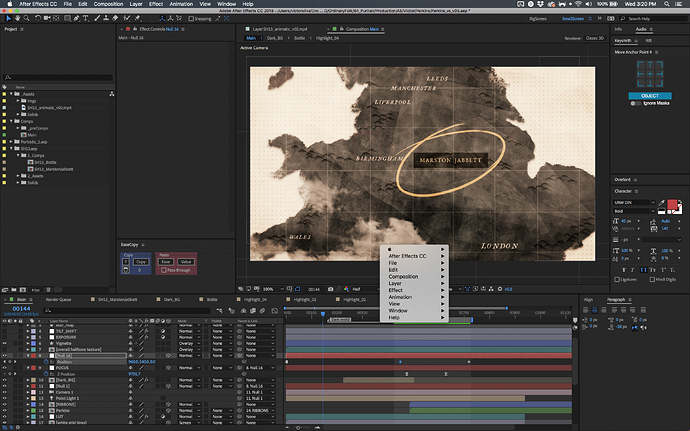 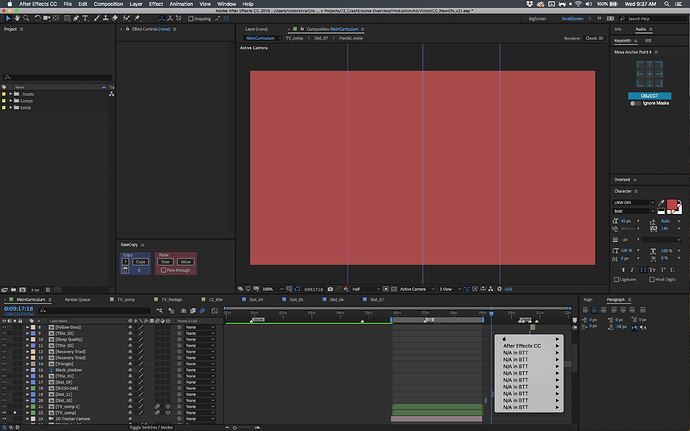 Does anybody has any clue why this is happening? And maybe if there's any other way to summon a command from the menubar? Maybe using apple script? I couldn't make it work any other way.

As an update to this, I've noticed that when I open After Effects it never works, but it starts working after a while. Not sure how long though, but it seems like it's a matter of things loading up or whatever.

It's possible that after effects doesn't answer the "menubar" requests fast enough and the system gives BTT a "timeout".

macOS has a built in way to set keyboard shortcuts for arbitrary menu items, these shortcuts can then be triggered by making BTT send keyboard shortcuts. This may be a workaround for your issue.
You can assign shortcuts in System Preferences => Keyboard => Shortcuts => App Shortcuts 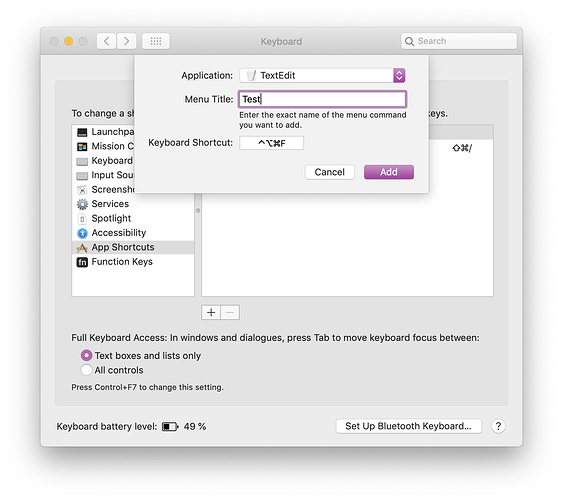 Thanks for the reply! That's is an option indeed. It's gonna be kind of a pain to create new shortcuts always though, specially if when I change computers.

But I'm not sure if I was clear enough. It seems like after some time that I have after effects open, BTT menubar-item will always work quickly. The "timeout" is just when I open it, but once I spend some time working I don't have this problem anymore (unless I have to restart after effects).

I'll try with the After Effects trial later this week.

Maybe you could try to not trigger based on the name of the menu-items, but instead on the position of the menu item. E.g. 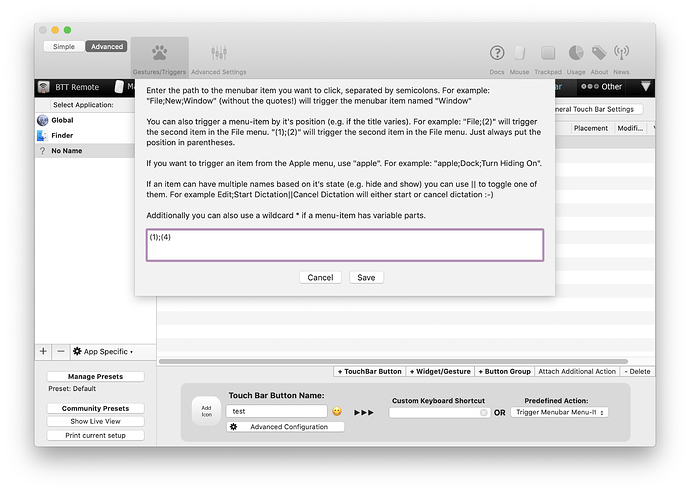 Probably it won't make a difference though ;-(

Thanks for taking a look into it! Hopefully you can find something later =)