Is it possible to call the new " macOS system-wide Translation" via BTT?

Is it possible to call the new " macOS system-wide Translation" via BTT?

There is a predefined action in BTT called "Lookup word under cursor" I think that calls the translate sheet, is this the one you want?

You are talking about this action (screenshot 1)? But I meant this new possibility to translate texts in Monterey. (Screenshot 2 & 3) 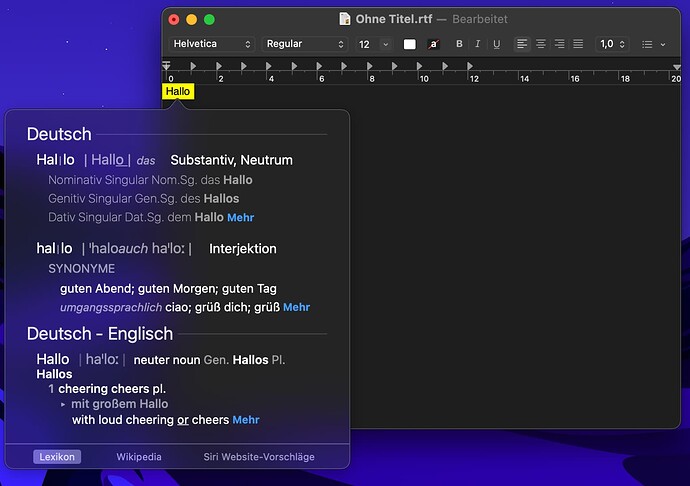 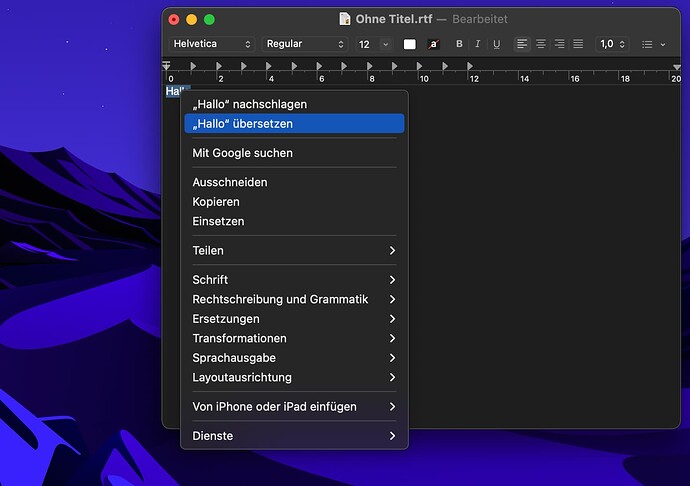 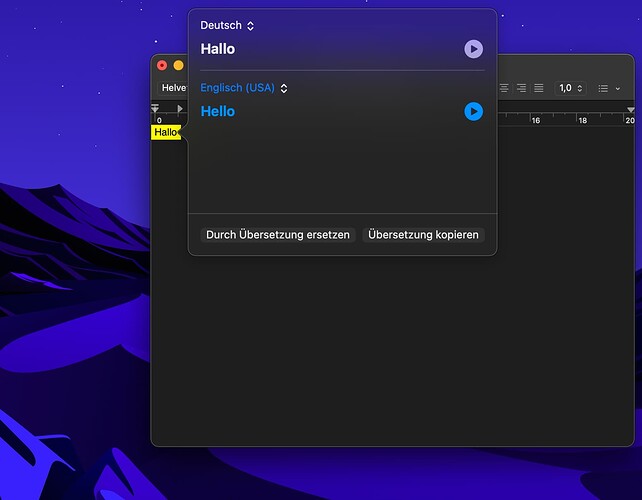 Unfortunately I can't seem to find a way to trigger that programatically right now. However it always seems to be the second item in a context menu, so you could trigger it with BTT like this: 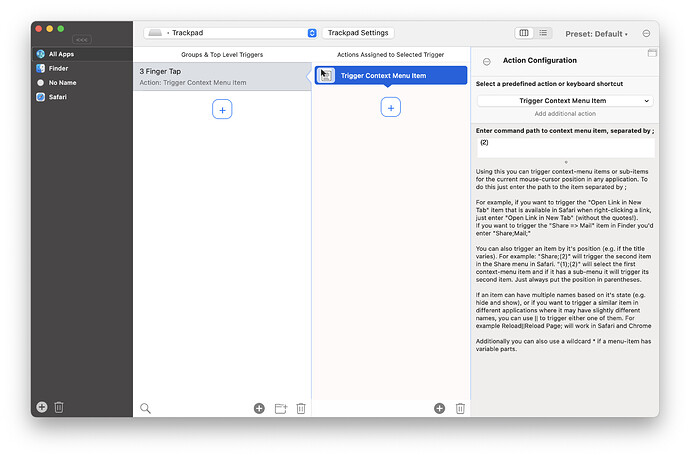 (but it would only work in apps that have that option)

Thanks for the solution. I had tried to do it this way too, however this solution is not satisfactory. The problem is that this "menu item" is not displayed in every app. So you can't use this "translation tool" from everywhere.

I hope you will soon find a good solution to include it in BTT.

I think the system only provides the translation feature in system textviews, thus it might not be possible to trigger it anywhere else :-/

This is what I had thought at first, but this is not the case. In Spark and Pixelmator the translate menu item is displayed. But not in Visual Studio Code and Vivaldi.

Why is there no possibility to call this function via keyboard shortcut?
Some of Apple's decisions are absolutely incomprehensible to me.

OK Thanks. At least now it's understandable for me why it doesn't work in every app.
Now i think, the Possibility to call it via keyboard shortcut would be even more important.

the problem is, calling it via a shortcut won’t work because the feature itself requires native textviews to work

But then Apple should have included the possibility to translate the clipboard via shortcut.

Anyway. It's pointless to talk about it, because we have no influence on Apple decisions anyway.