When I have a shortcut set up for the Hyper key, such as Hyper + T, it doesn't work after Fn is pressed (alone, or with a key combination, e.g. Fn+F3).

Steps to replicate this behavior:

I did an experiment:

It feels like Fn gets "stuck" despite releasing it and BTT triggers an Fn + Hyper key combination.

The "stuck" Fn key gets removed the first time, so Hyper + letter combinations work again... until Fn is pressed.

I can't reproduce this (yet).
What does your FN key configuration in System Preferences => Keyboard look like? 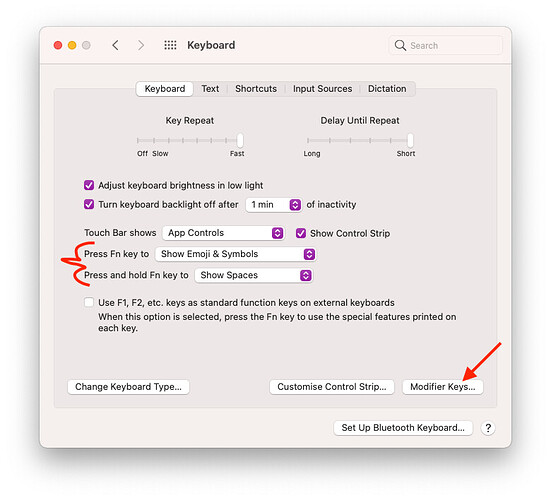 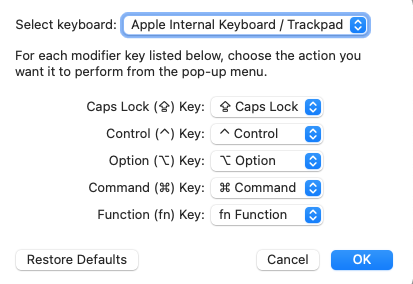 For what it's worth, I'm using this workaround to get rid of the stuck Fn key:

I registered a Fn + Hyperkey + letter shortcut that triggers the same shortcut without Fn.

Let me know if I can help you with debugging.

I forgot to send the Keyboard settings page itself. 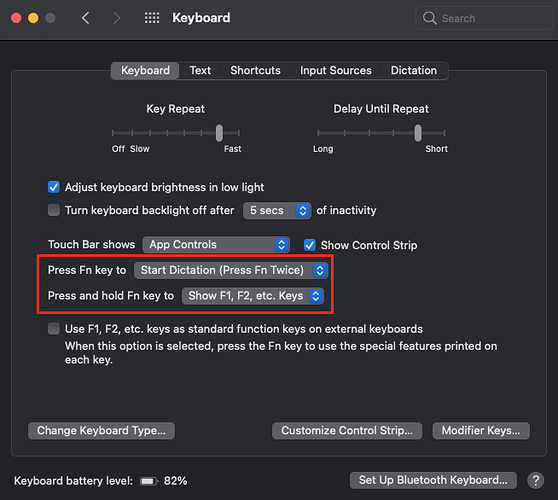 The behavior hasn't changed with macOS Big Sur 11.2, and I haven't found any combination of Fn related keyboard settings ("Press Fn key to" and "Press and hold Fn key to") that would not result in Fn being reported together with the Hyper key. Both the external and internal keyboard behaves the same way.

The aforementioned workaround still works but it's kind of annoying having to set up an extra "Fn + Hyper key + Letter" to "Hyper Key + Letter" mapping for every Hyper key shortcut I want to use.