Describe the bug
It would be better to show the window bezels for HTML widgets when the 'Show Window Buttons' is enabled.
The current implementation is a bit weird, plus showing the window buttons with no bezel is kind of useless and awkward... 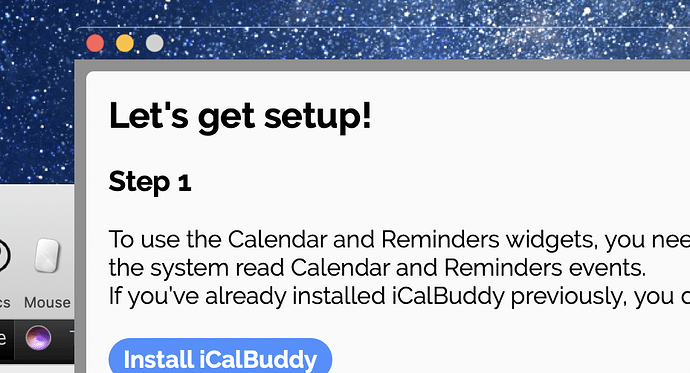 *another useful implementation would be a numpad with the window bezel

Is this macOS Mojave?
(The top border wasn't shown when I first implemented this, maybe something changed with recent macOS updates).

It makes sense to have the bar transparent like this in some cases (for example for something like this: https://folivora.ai/blog/post/13000 ). Because when opaque it would just show a bar on top of the whole thing.
In your case it doesn't make sense though, so I should probably make the transparency optional.

Yeah, an extra switch "show window bezel" or something would be nice

Mojave Dark Mode. Probably some extra shading that apple put in there.

Edit: In that example, the setting is set to hide all window bezels and buttons completley. You wouldn't want three awkward window buttons floating from nowhere, so at the moment, personally I still can't see a use case for three window buttons without their bezel. but I guess options are good.

Jup but in such an example where most of the content is transparent I found it often useful to have these buttons (and a way to drag the window).

I found a hack to make it look normal again on Mojave, and I'll include an option to show the bezel

Well whatever the opinion, at least we'll be able to toggle it.

hope to see it soon!

Would be great if you'd try alpha v2.661 (please expect bugs as I have change MANY things in preparation for the new UI) 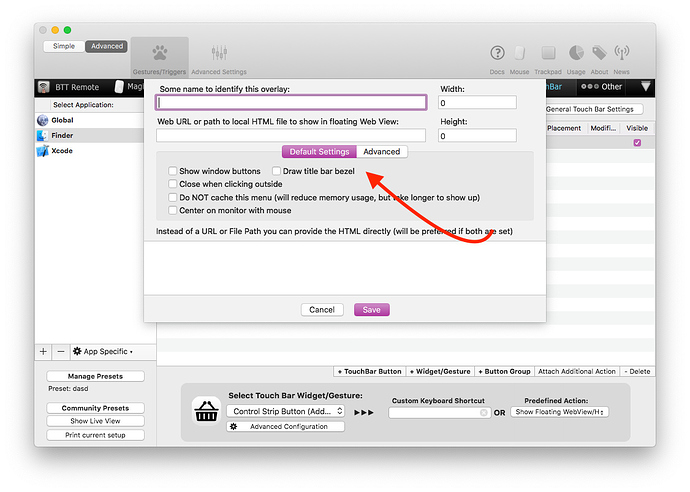 [b3.0.2] AquaTouch: Supports 35+ apps and websites, AND the native TouchBar. No Compromises!

Notice for Everyone using AquaTouch v3

@Andreas_Hegenberg has rolled out some much awaited BTT features that i've been longing to implement into AQT.
These features will add further quality improvements and bug fixes, but will require you to update using BTT's Alpha release stream.
BTT's alpha versions are still in testing phase so it may be buggy. AQTv3 is also in testing phase too, so I guess we could all come together to help Andreas solve any bugs with the new features. More people = more tests!

AQTv3 will only be released when these new BTT features are released in it's stable release.

EDIT: I can't seem to update to the alpha. It's returning an "Update Error!" window