How to add scripts to "Now Playing"?

I got a script for displaying Spotify lyrics, which is working when I test it in Home Strip.

But I just can't figure out the display order when I trying to put it in Now Playing[Spotify Controls].
Is it possible to add the script to that section?

Moreover, if not bothering, I am curious about the rules of display order, it will be super easy to customize.

I'm not sure what you're scripting in, or what exactly you're trying to achieve. The Spotify AppleScript and its developer API both have access to currently playing track. It also has progress as a property of track, so if your lyrics have karaoke time stamps you can sync that to your lyrics display in that way

I use this repo to real-time display Spotify lyrics: 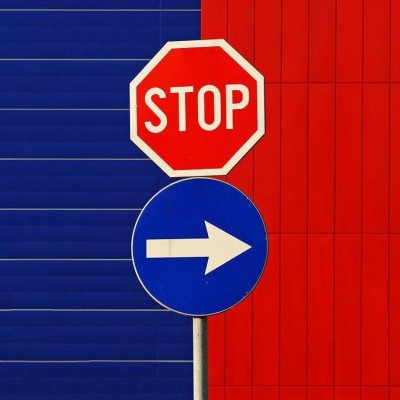 The script is working when I put it in Home Strip section:

What I want to do is to make this script appear only in the section of ​​Now Playing [Spotify Controls], that is, only when I enter the section by holding the album cover:

But I can't figure out the display order of Golden Chaos, the script is not able to show in the Now Playing section. Hope this make my question more clearly!

This is pretty simple actually! The reason for the display order stuff is so that different groups can be open at the same time and all the widgets will show up in the right order. Luckily, they are all in sequence with each other. So if you want to add a widget to a section, just give it a display order that is one higher or lower than the widget you want it to be next to.

cant wait for this

Thanks for all of these! Looking forward to the document!

I have already tried that but failed 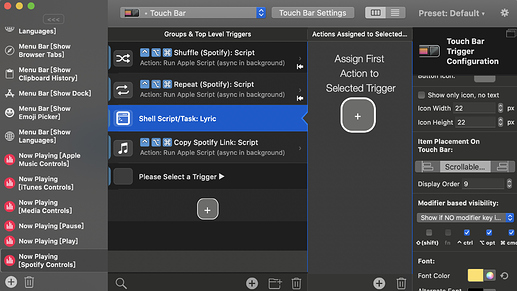 But whatever I set the script to 9 or 11 and set the visibility same as others, it just don't work.
Also tried on other sections, the same logic only succeeds on Home Strip section.

Am I doing something wrong?

ugh Ive seen this already... tried everything......... doesn't seem to work for me. I have pip install but it still says 'pip' command not found.... thanks though

and I may be able to help........ is your 'Spotify link' script scrollable or set left or right? because it has to be scrollable I think for it to change...

Well I think I figure it out, 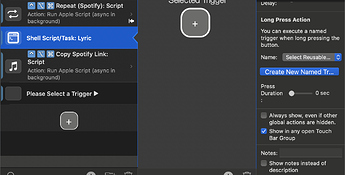 The key is the "Show in any open Touch Bar Group" setting.
It could explains why the scripts only works on Home Strip section for me.
Thanks for all the help!