The new GC version works great. I look forward to your documentation about the preset in the GC-BTT settings UI.

I tried changing the preset myself, and found that I cannot go back to my original custom setting once I select a "standard" or "community" preset. This is not an ideal behavior, can you offer a mechanism to persistently save our own customer setting? I tried reimporting the GoldenChaos presets that I exported as backups (with or without settings), but somehow my GC settings (such as menu bar selections and disabled triggers) were not restored.

I ended up using Time Machine to restore the entire Application Support/BetterTouchTool folder to get back my own GC settings.

This is super valuable feedback. There are definitely a few quirks I need to work out. What you're describing is definitely a bug because it's already supposed to be persistently saving your custom settings.

I think I know what's causing the bug; I think it's not saving custom settings on upgrade properly. So although it correctly says "Custom Settings" when you upgrade GC to the latest version, I think it's failing to actually set your custom settings for the first time in the background, which would then cause them to be "overwritten" if you switched presets.

Unfortunately, you'll have to set your GC settings again - I'm really sorry about that. But I'm working on a fix for this right now since it's super critical this doesn't happen to other people. Thank you for reporting this!!

I've also been able to confirm the Battery Percentage toggle broke somehow. I'll have a new version out today with fixes for both of these things

Thanks for confirming the bug on saving preset settings. For those affected, if you have a Time Machine backup, you can restore everything using an earlier version of ~/Library/Application Support/BetterTouchTool. It worked for me.

While you are fixing the bugs, please note that the GoldenChaos menubar item "Toggle System Touch Bar UI" does nothing. (I remember it worked in 3.392, but I cannot say for sure because I manually disabled the menubar icon.)

That was definitely working before, weird. Will get that fixed that as well!

By the way - once you set your custom settings again, they should persist. Let me know if that's not working as expected! I'm pretty much going through the entire preset system and doing a thorough testing of various edge cases and upgrade paths

Gotta make sure this is rock-solid if I want to eventually introduce more presets and workflow modes!

Finally: it's on my list to allow you to be able to save multiple custom presets, rename them, and even eventually export/import them, but that was just way too much for the first implementation, haha. But I wanted to mention that it'll definitely happen!

No, I simply cannot go back to choose "custom settings" again once I click on any other setting. (I will have to use my time machine again.

Hey, thanks for the update! I had been following this thread in the hopes that it would fix a bug that I have notices since I upgraded to Big Sur. The bug is still, unfortunately.
The "Do not disturb" toggle seems to only successfully toggle sometimes. It doesn't do anything most of the times it's pressed for me.
It also doesn't seem to be picking up the current DND state to change the icon color in the touchbar. It no longer turns purple when DND is active.

I'm actually not encountering this bug. Is it maybe an M1 Mac issue? This feature is totally working for me on my Intel machine on the latest Big Sur, so any info you can provide about your config can help me reproduce this

Sure, I can provide some more context on my setup.
I'm actually on an intel based 16-inch macbook pro (2019). I just upgraded to big sur last week, and I started seeing this issue after the upgrade.
I use the DND button often now that I'm working from home and need to prevent popups when I'm sharing my screen during meetings, so I noticed the issue pretty quickly after the OS upgrade.

Hey again! I wanted to give you an update. It turns out that it the issue was that Notification Center keeps not responding, so killing it and restarting allows things to work correctly again. So this was actually a Big Sur issue. The touchbar button is correctly toggling the DND state, but the icon color in the touchbar does not update every time, but I can live with that.

Speaking of uncovering problems, I just wanted to let you guys know I'm still working on the bug fix update - I'll post here as soon as I'm done testing and readying the release!

One more data point on the GC 3.562 preset bug: I now know that I should just keep the "custom setting" on the Preset page and not click any other button. However, there is a bug even in this state.

I was trying to add a menu bar icon "Volume Mute" today by sliding the relevant button on the Menu Bar UI page. After I selected this icon, I found that I could no longer deselect it. More precisely, the UI showed that "Volume Mute" was deselected, but this button persisted on the Touch Bar. Restarting BTT did not help. I again had to use Time Machine to restore to the previous state.

In GC 3.392, I was able to easily select and deselect any menu bar icon.

I'm able to reproduce this issue. It crashes BTT entirely, weird. Luckily it seems to be just the volume mute button. Will be fixed in this bug fix update, thanks for the report

Development update! I've got most of the issues fixed, but in doing so uncovered a significant issue with the way I save custom settings that I need to work out. Here's the current progress:

Once I get those last two issues fixed I'll release this version!

New stable version! This version includes critical bug fixes for the previous release related to upgrading as well as some small new features like support for AirPods Max. Additionally, thank you to everyone who helped me troubleshoot the new Presets feature. It's a lot more stable now, which means I can start expanding on it. I have a lot of plans for this in the future, from user-submitted community presets to more options for more use cases, like Game Mode. Please look forward to those in fu…

Thanks for addressing the bugs with the new release. A question and a suggestion:

I noticed that most triggers that were copied over to my master preset were preserved after the update, so I just needed to manually turn off the corresponding GC triggers. However, this process did not work under "All Apps" on the Touch Bar Settings Page. I tried to copy over changes made in the "Calendar Action" model widget or "Dock" widget group, but the Calendar and Dock widgets saved in my master preset got wiped out after the upgrade. Is this expected behavior – perhaps there is a difference between actions and widgets?

For future updates, is it possible to publish the SHA-256 hash so we can be sure of the integrity of the download? Basically something along the line of the "verify code signature" instruction on the BTT download page.

Surprisingly, I have actually never tested copying widgets that are inside folders. Maybe just copy the whole folder (disabling, not deleting, the original after you copy it) and customize your copy from there. My guess is that the folders are just getting replaced during the upgrade. Let me know if that does the trick!

I really like the idea of providing the SHA-256 hash, so I’ll actually do that retroactively for the existing files as well. Not sure precisely when but it’s up on the list under In Progress so sometime soon

Since I only have a couple of changes to track in these widgets, I can live with it. It is great that all changes to other actions can be easily copied and saved.

Hi, Amazing app! I now love my touchbar which I used to find worthless. I especially love the tiling feature, as it allows me to tile windows efficiently similarly to the auto tiling feature of Pop! OS, the main Linux distro I use. Any chance you could incorporate the same auto tiling functionality for this app? Then I would like to work on my Macbook as much as my Linux machine! here is the GitHub repository of the open-source code for their auto tiling shell. 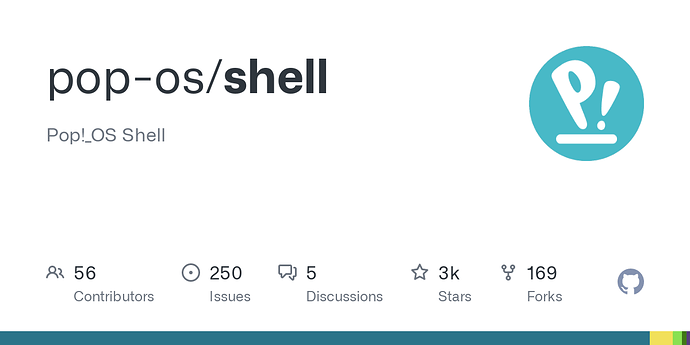 Pop!_OS Shell. Contribute to pop-os/shell development by creating an account on GitHub.

Thanks so much for making this its amazing.