Fields in the Keyboard Shortcuts Trigger Settings Do Not Update Correctly

Describe the bug
Some fields in the trigger settings for Keyboard Shortcuts show the incorrect state. I've noticed this bug particularly with copied triggers. The two biggest offenders are: 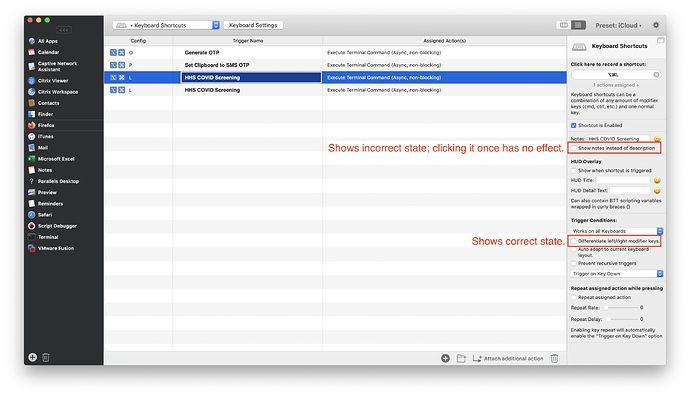 If this trigger is copied & pasted, the copy has different options checked, even though both triggers behave the same (i.e. it is a display bug, not a functional bug): 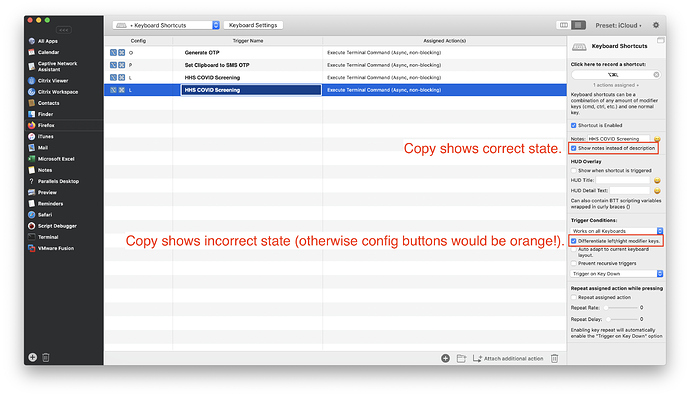 Note that this bug persists even after BTT is restarted (i.e. it's not just a problem immediately after copying the trigger).