I have defined a named trigger in the "Other" tab.

Instead of a text box, BTT rather should show a list of defined named triggers, from which the user can choose.

huh, BTT has no code for a freetext form, could you please post a screenshot or an export of your setup?

Assigning the named trigger to a gesture: 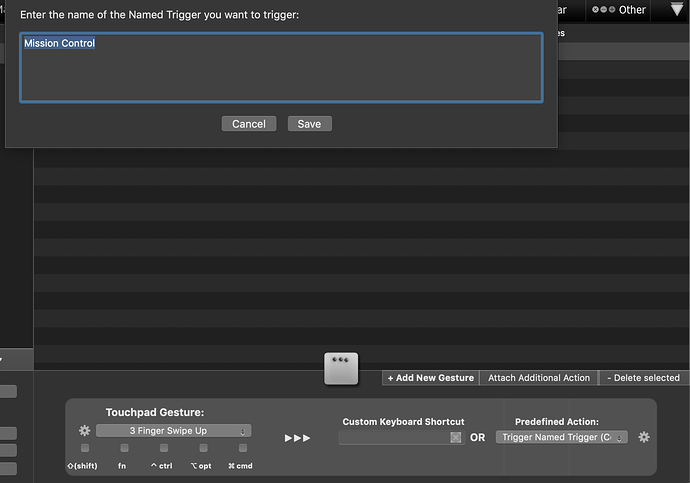 This is the text box I was talking about.

Ah I misunderstood that.

I agree, a list in additional to the text field would be useful here.

Have you had a chance to look at implementing a drop-down list for named triggers? If you do, a search function would be a huge benefit. For that matter, having the ability to separate named triggers into folders would also be extremely helpful. I am imagining an implementation that looks almost exactly like the selection menu for choosing actions.