Would it be possible that an auto-generated name populates the gesture name. I don't know why but it is so annoying that the gesture dialog always asks for name. It is completely irrelevant what the name of the gesture is. Also could you make gesture sampling more seamless. Like I don't have click on the "add an other variation..." button. A rapid-fire recoding of the same gesture would be better. Like recoding it five times in a row. Rather than, click, record, click record... 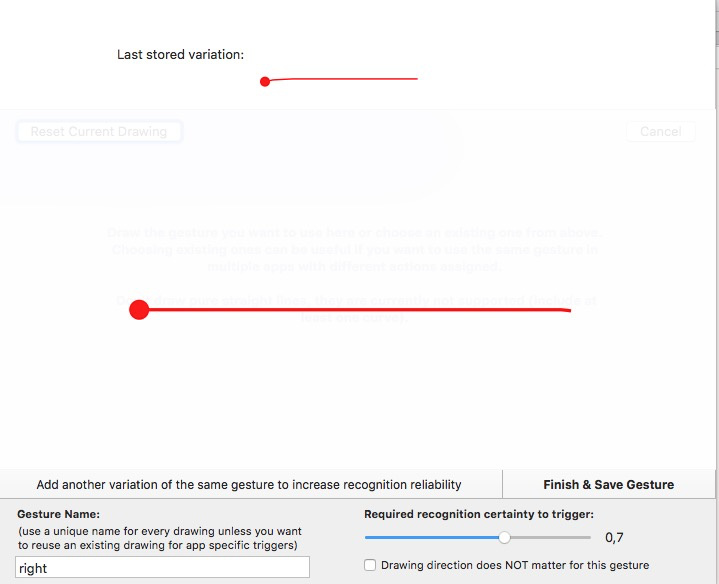 The gesture name is important because it’s used as the identifier for the drawing (e.g. if you want to assign different actions to the same drawing in different apps)

Could BTT add in a default "gesture1" type name if none is supplied? that would greatly speed up implementing gestures for triggers that are global or won't be reused.

Andreas we love you but cmooon. Please write a random name generator or automatically number the gestures. It's so annoying to add the names one by one.

in the latest alpha it generates a random ID.

Amazing, thank you! You're the best.