It would be nice to have actions that are triggered conditionally based on e.g. the current state of the window. To make it more concrete I will explain my current issue:

I want to move a window with a trackpad gesture to another monitor and keep the same state of the window. In my case the state is: Window is fullscreen: YES/NO 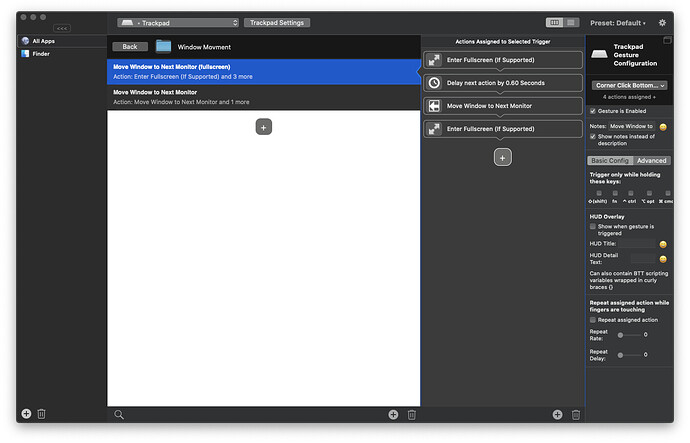 Scenario 2 - Window is fullscreen: NO 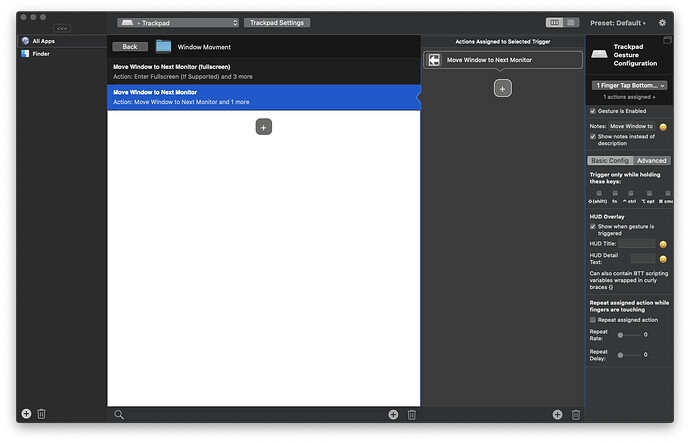 This could also be very helpful for "toggle-able actions" like: If window is maximized, make it 50% size, else maximize.

You could take this even further to allow conditional actions based on other states (beside of window state).