BTT crashes when custom context menu has an AppleScript widget.

BTT crashes when the custom context menu has an AppleScript widget.

I don't know if dynamic buttons in the custom context menu are possible, but it would open a world of possibilities if it were. It would allow Apple-style drop downs, which is basically what I was trying to do.

could you post your script / setup? I’m not sure if I fully understand. 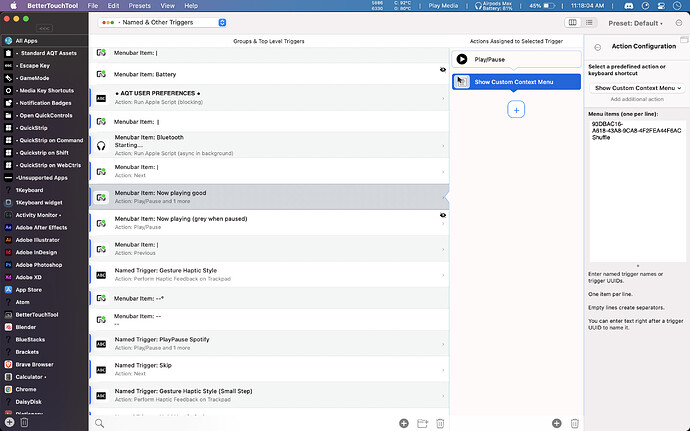 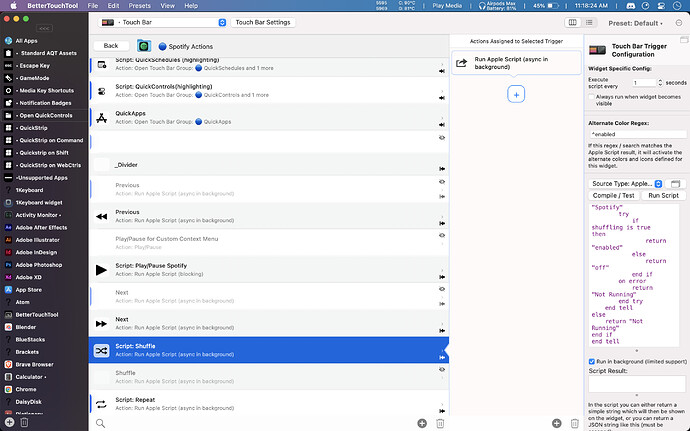 ah sorry, this can not work. The touchbar buttons/widget are completely separate and can not be used in other views.

that would be good. also maybe groups in the menu bar, like Touch Bar groups? just thoughts