Good afternoon ... I just bought BetterSnapTool (BST) from the App Store. Installed on an iMac (2010) with OS X 10.13.6 (High Sierra) and it doesn't work. It appears in applications but does not open. Nothing appears in "Accessibility".
That I have to do?
Thanks a lot

Is there a crashlog in the macOS console app when you try to open BetterSnapTool?
Does the Mac App Store maybe show an update if you go into the BetterSnapTool detail page?

Thanks for the reply.
No error log appears in the Mac OS console.
The version of BST downloaded from the App Store is 1.9.5
I've deleted the BST app several times, reinstalled it, and it still doesn't work.

Weird, I haven't had any other issue reports for BetterSnapTool lately.
Do other apps show up in Accessibility or is it completely empty?

Can you add BetterSnapTool manually to the Accessibility list? (Sorry I don't remember whether this was already possible on 10.13). Is there a plus button like on current macOS? 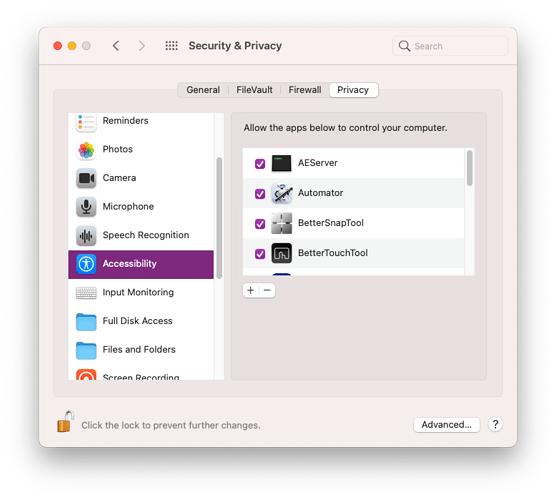 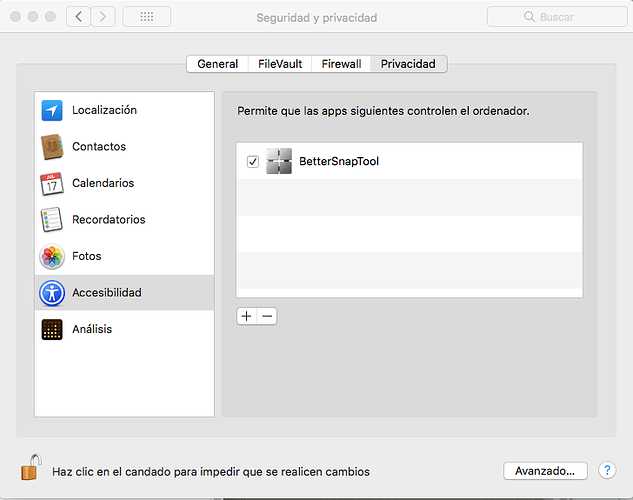 Are you sure it doesn't show up in the menubar on the top right? Like this:

Does not appear in the menubar (see image)

But then there must be a crash report.
Can you check again? Crash reports are located in the macOS console app under "User Diagnostic Reports" (Or under "Crash Reports" on modern macOS)

Can it be this file?

Unfortunately no it should contain BetterSnapTool in the file name.

If there is really no crashlog I'm not sure what else to try. Have you already restarted your system?
I just tested again on a 10.13.6 machine, so it is not a general issue.

I am going to reinstall the operating system again and I will tell you.
Thank you very much for your interest.

Maybe you could first try whether my other app. BetterTouchTool is starting? (https://folivora.ai/downloads )

Hello, ... It seems to be the same problem I have. And also using the same operating system (High Sierra).
With apps downloaded from the developer's website I have not had any problems.
Any solution?...

Hi, it seems like it's a general problem with the Hig Sierra installation.
"App Store apps do not install properly on a fresh install of High Sierra on internal SSD or HDD"
To see in: https://discussions.apple.com/thread/252037712?answerId=253977725022&page=16

Same here - bettersnaptool is NOT working with high Sierra.
I downloaded bettertouchtool which I do not need; this is working and at least I have the functionality of BST again (for the time being).

wow that sucks! No wonder I wasn’t able to reproduce it.

So it seems like Apple has messed up the latest High Sierra installer and it doesn’t include the necessary certificates to run (some) App Store Apps anymore (or thinks one of the certificates has been revoked).

There are some workarounds in the thread you linked but none of them are really good.