Add a new temporary variable for mic/camera use

I would like to change things based on being on an active video call.

Currently I'm doing this with AppleScript in a time based trigger setting a variable. I can then use the variable in a conditional activation group. It would be great if the AppleScript was abstracted away to just a built in variable. It looks like OverSight detects the app using mic/camera and could be used as a reference. I would imagine the list of currently using applications added to variables like BTTCurrentlyUsingAudio and BTTCurrentlyUsingCamera and usable in the conditional activation groups and advanced configurations.

In general BTT doesn't include functionality that integrates this deeply into the system. However Oversight offers an option to execute commands when it detects such events.

You can use these commands to trigger Apple Script inside BTT, which can set variables. 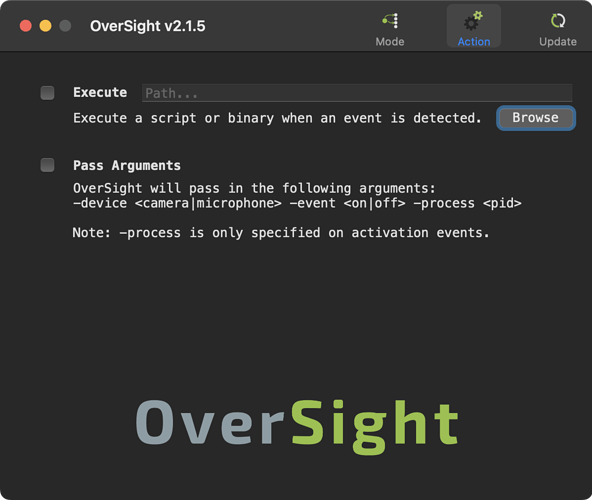 For example this command would set a string variable:

You could probably create some little shell script, which takes the arguments from oversight and then decides what variables to set in BTT.