You can do that using the "Transform & Replace Selection With Java Script" action: 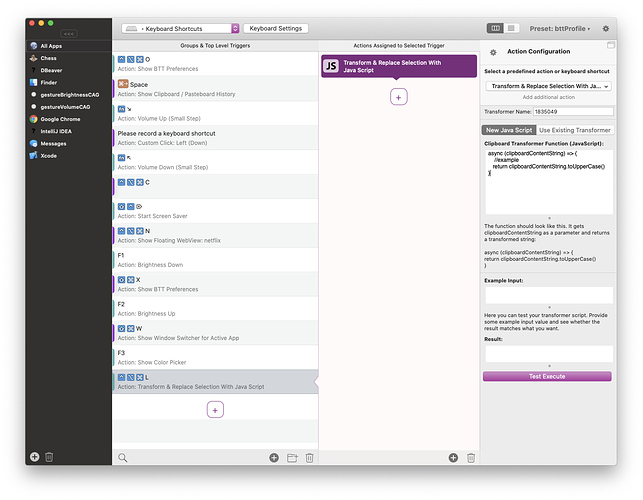 (the standard example is using toUpperCase(), you can just change it to toLowerCase())

Thanks for the quick response. I will give this a try. Would I just change "UpperCase" to "TitleCase" to capitalize the first letter of each word selected?

I tried replacing "LowerCase" with "TitleCase" and it does not work. Is there a Java Script for converting selected text to TitleCase? How do I get the Menu Bar drop down option to show these new options in the Menu Bar? 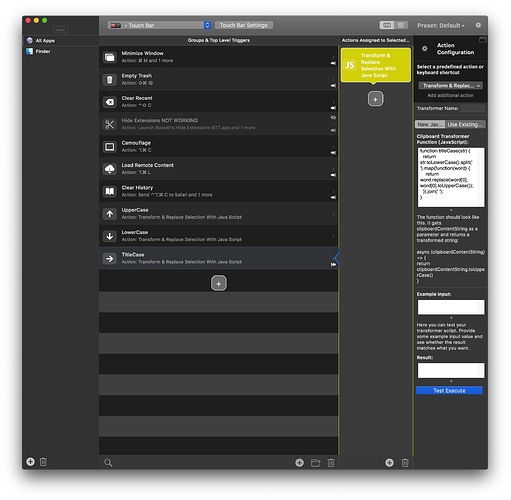