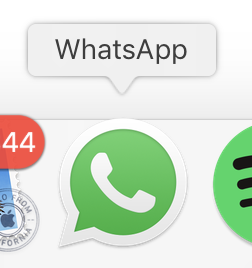 P.S: I don't personally use word and I think it already has a native set, I might consider this if i've run out of things to make, though, but it's unlikley.

@pauxus
Thanks for the feedback!

Thanks everyone for the bug hunting!
@Andreas_Hegenberg, I know you're busy, but how's the move to the #setup-preset-sharing:developer-verified-presets category?

Edit:
There is a known issue where the escape button may be misplaced.

This is hard and unpredictably controlled as there is no way to set ordering priorities between conditional activation groups. I'll see what I can do.

First thanks for the amazing job you have done making the TouchBar more useful and helpful !
However, some bugs I have noticed so far :

So far this is what I have spotted, if I spot anything else, I will post it here. If you need any more precision on the bugs I reported here, feel free to ask !

Another nice thing I would love to see in the future versions of AT is the possibility to navigate in the track (as it's possible on the basic TouchBar made by Apple) when we are into the Spotify Touchbar Menu (or any else Music App).

Once again, thank you for your job, I finally enjoy more my TB now