I'll look into that later today!

Thanks for your attention,
Hope it can be fixed soon!

yeah adding Illustrator (or Animate in my case) to the list it works properly, so I think it's version related.

Thats good info. I probably need to handle these a different way then because I imagine everyone would have incompatible versions
(probably with more conditional activation groups again)

Swamped with work today but I'll check out v2 tonight!

Haha, alright
Do note that it’s conditional activation groups currently break on import (as far as i know) So 80% of it is broken. Hope it’s fixed soon!

@Andreas_Hegenberg has confirmed it is a bug with the upload site, so a direct link has been posted for now.

If anyone has downloaded the preset before this message, please delete your copy and try again

I've found some bugs in v2-0-0, however my update is still in a checking stage so I'll get this out a bit sooner than now.

Hei @yuuiko , how are you? I'm using your preset from 10 min and ... it's blowing my mind! When I saw your preview months ago I understood it was something really unbelievable but this is even better

At the moment I noticed only few "bugs": 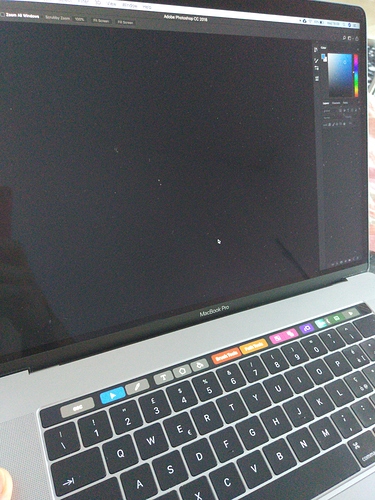 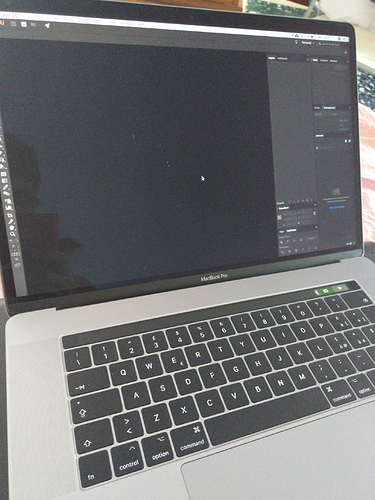 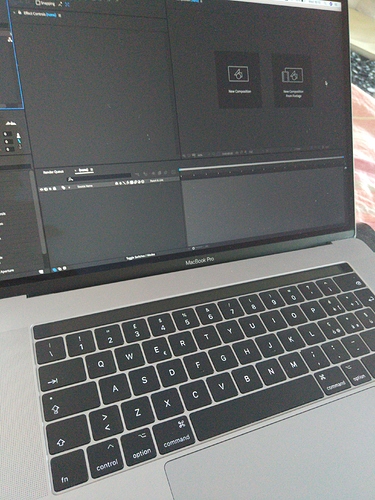 Thanks in advance for your incredible work

@edit: I tell you only these things because apart from them it works really well and it's so smart

I've found some bugs in v2-0-0, however my update is still in a checking stage so I'll get this out a bit sooner than now.

@Dom
Version 2-0-1 will include an experimental handling of Adobe Apps, so please stay tuned till then to tell me if they work. (I can’t check this myself, as I’d need to see if they work on your versions)

Will also include layout and format improvements to the Connectivity Actions in Widget View,

B, I, U, S, H buttons in onenote light up to the corresponding type-cursored format in OneNote

Small improvements and fixes to widgets, layouts and other stuff. (I forgot the rest

)
——
Anyway, Thanks so much for your feedback! Latley i’ve been feeling kind of lost without any replies so seeing some feedback is refreshing!

I’ll see to a way to implement your suggestions, I’m thinking to put them into the control strip but there are so many copies of the ‘fakeCS’ that I’m not sure how to make it easy for users to switch out... I have a feeling @GoldenChaos would know..

For screenshots, I instead use ⌘⇧4 HEAVILY (like about 20 per day, sometimes more), so this is why I did not think of a touchbar button. I guess some people prefer a button though. A button does exist if you click the < chevron for more options.

Great to have feedback!

Edit: I would like to know why the gesture bar is not showing because it is meant to when the app is unsupported.

Could you send me the names of your adobe apps that are displayed in the dock? (hover over the app and send me the exact name with caps e.g. Adobe Illustrator CC 2018?)
also, any app suggestions for me to add?

@yuuiko oh! I'm really exited about what will be include in version 2.0.1!! In my opinion your preset shouldn't become too much complex or complete because the main reason I love it and maybe other people may agree with me it's because it is smart and simple to use and to discover icons/widgets.

@edit I'm so sorry for my bad english (damn it, i'm a fucking italian ..) because I would help you more ... I'm here for anything because I'm a great fan of your project and maybe it is the only one I would use (I'm a designer me too (a motion designer in my case!) and I'm in love with it because it's the only one so good organized) instead of my basic preset ^^

Thanks for your advice! I agree with this because well yeh, keyboard shortcuts exist.
The main aim here is to include buttons that are hard to keeb, or take heaps of mouse movement to activate. There's a reason why I didn't include ALL the buttons that we can possibly see into the TouchBar.

But really though, I can't live without this illustrator view:

just look at where they're located on the keyboard, seriously.

Don't worry about your english, I can understand it so it's good enough. It's great to have feedback and help from you! Thanks for your encouragement!
and wow that's cool! feedback from a professional motion designer (you) would be very helpful as well. As for me i'm still in high school so, well not yet there yet.

Oh, Just one thing, How's your experience with the widget view?

Widget view it's perfect, but BT icon seems not to work (video below)

P.S. If you were able to create this preset when you're still at high school think about what you'll can do in the future!

lol, it's handy. I use the bottom right corner for sleeping, and its nice to flick it off!
Maybe I'll add a 'yyuuiko's Recommendations' info panel showing off some of the 'nice life' things I use

Edit: 0. Hmm, I don't know why the bluetooth isn't working for you. I didn't write this widget so I'm not too sure how it works, and it seems like it's working fine for me.

yeah i gues~... Most of them came from GC-BTT, then are edited to fit my preset with improvements here and there. I did make some such as the soundcloud and IINA(which doesn't work all that well at the moment) based on his work. Permission Asked and Granted!

@Dom, This app is safari?

@yuuiko yep this is safari!

Not too sure how much more useful an “exit full screen” button would be, since most apps that have that function already have it in their native touch bar...and plus it’s basically an esc button that just looks different. Where do you think this button should be seen in the prrset?

Nonono maybe you misunderstood me sorry

.. I think having one of them it's the same! I tell you this thing because for example when using safari full screen video there aren't either of them and because of adobe apps don't work I don't know if you've added it there!

I’m kind of understanding it, But I guess I’m still unsure. Do you mind writing me a detailed description of your idea? Such as,

[What will it do when operated?]
[How do you operate it?]
[How and Where does it appear? (e.g. when a full screen video is playing, it appears on the left side etc.]

Hei @yuuiko! I'm sorry if I'm disappeared but I was a little busy at work ...

Everything works great in ver. 2.1.0 .. even all Adobe apps! (Oh my gosh I love how you customize Adobe After effects app!!

I noticed only few "bugs":

@Dom,
Thanks for your snappy feedback!

Describe the bug I have set a set of touchbar buttons to appear when I hold option, but an additional button that should not show up, well it shows up. I also have the same issue with the command button. No buttons are set to show on command, but two of the buttons decide they want to show themselves when command is held. Affected input device (e.g. MacBook Trackpad, Magic Mouse/Trackpad, Touch Bar, etc.): TouchBar Screenshots [44%20pm] [27%20pm] I can't screenshot the option button beca…

@Andreas_Hegenberg, Do you mind if you took a look again? It’s getting quite bizzare now that this widget is doing it globally now.

@GoldenChaos, If you have some time it would be a great help if you could review my code changes!

Extra Reply:
I did think of that, but I wanted all of the media widgets to be blue as this is visually grouped and relative to the others. Green might be taken up by a work-in-progress-need-to-learn ‘current calls’ set of widgets

Note for @Andreas_Hegenberg :
I’m having trouble with “Touch Bar Behaviour”, their settings don’t seem to stick over exporting, similar to the recently fixed (I heard) “Always Run When Visible” applescript widget issue.

——
whew, that was a heap for a post written on mobile.. I’m off to sleep now I guess, i’ll get back to you all tomorrow!

@Dom, I don’t use AfterEffects much and when I do, I’m a noob at it so do you have any feedback/suggestions as a (I’m guessing-) more experienced user?

@yuuiko I think you did a great job on AE profile, and the only command you could add it's the shy button (it's useful when you've a lot of layer and you want hide some of them to have a clearer and organized layer panel)

The only problem is that by default no keyboard shortcut is linked to it, so I don't know if you could add it or not .... But yeah, beyond that I think it's near perfect! (simple, but every widget you've added it's useful)