Describe the bug
In shorcuts/triggers we can create a new group, which we can then drag our existing triggers into:

When we are 'in' that group, we can create another group:

Yet when i try and drag triggers into it, I'm unable to, as the sub-group doesn't seem to be a valid 'drop location'.

I can still open this sub-group, and seemingly could create triggers directly within it, so it seems to just be an issue with dragging existing triggers into it:

As a workaround, it seems I can cut (Cmd+X) the existing triggers, manually navigate into the sub-group, and then past (Cmd+V) them into it:

Good point, I only recently added support for a second sub-group and forgot to enable drag & drop for it. Will do that!

I also noticed a few other little bugs related to sub-groups:

When I have a subgroup that I have cut/pasted items into, the "Items in Group" label doesn't update properly and stays at 0 until I try and open the sub-group again, at which point it seems to update correctly.

Not much else to say here, the title describes it.

When in a subgroup, if I change the 'configured triggers' filter to something else, the screen doesn't update properly

Starting on 'Automations & Named & Other Triggers' (which contains the groups/subgroups)

I enter the first group: 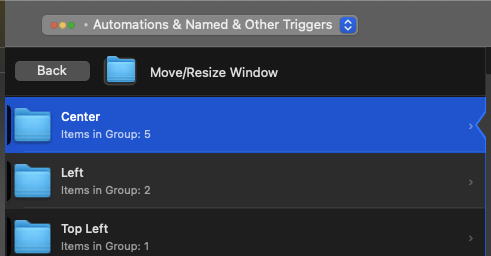 Then I enter a sub-group:

Now if I change the 'configured triggers' filter to something else (eg. Keyboard Shortcuts), the group goes up 1 level, but is still showing me the contents from the group that should no longer be visible: 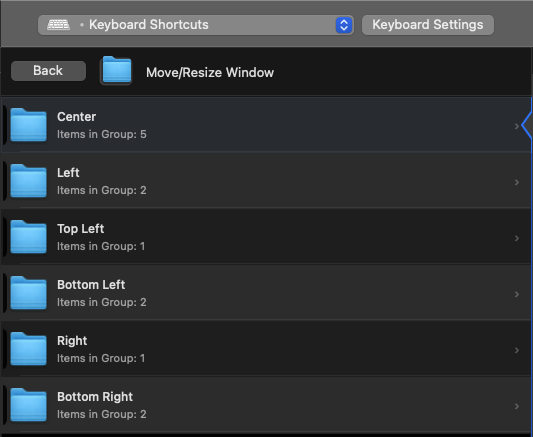 Since there aren't actually any groups in 'Keyboard Shortcuts': 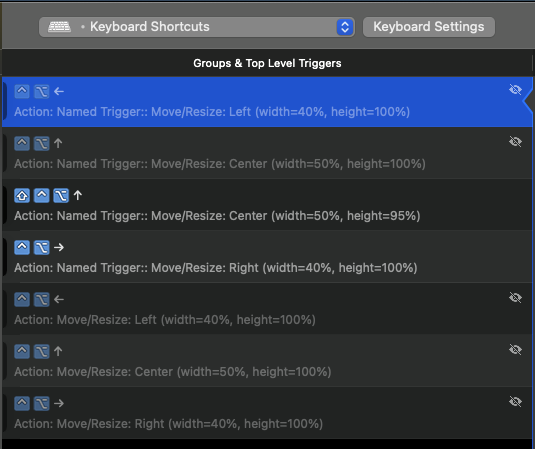 I suspect that before sub-groups were an allowed option, the code was designed to exit 1 level of grouping, which would have taken it back to the 'main screen' in the past, but which is no longer sufficient for handling sub-groups.