When setting up a touchbar widget, setting a "wrong" color will crash the BTT app. The bigger problem is that you cannot open it up again, as it will open for a second and crash again, so you'll have no time to fix the mistake.

I thought RGB would work too. Haven't tested anything else as I just managed to remove the "bad" widget after several restarts thanks to that loading time.

It seems to be looking for the 4th element in the color code (255,0,0,[thisOne]) without checking if there are actually 4 elements there. I would expect it to work with RGB only as well and default the alpha value
to zero transparency (255). 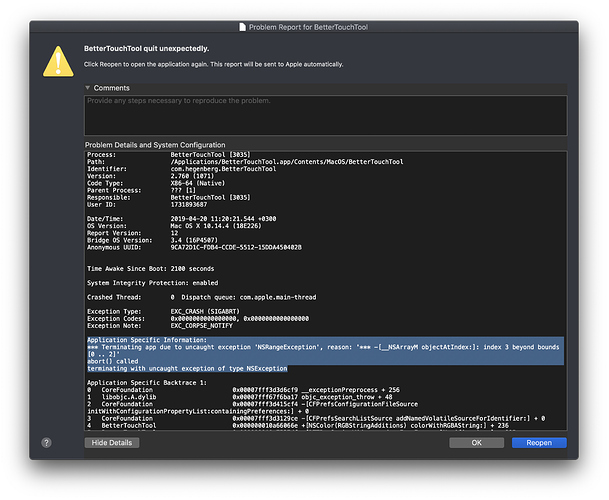