I would like to use a gesture on the trackpad to press and hold the modifier cmd + ctr + shift and then release them with the same gesture.

Is it correct that this is not possible? I need two different gestures to toggle?

You could create two named triggers, for one assign the down actions and for one the modifier up actions:

Then in BTT use the "Run Apple Script" action to call these depending on some variable:

Ah, ok, I will try that. The Apple script will release all modfiers no matter which ones were pressed. Right?

No, it will just call two different named triggers. You would need to setup the modifiers_up trigger to release 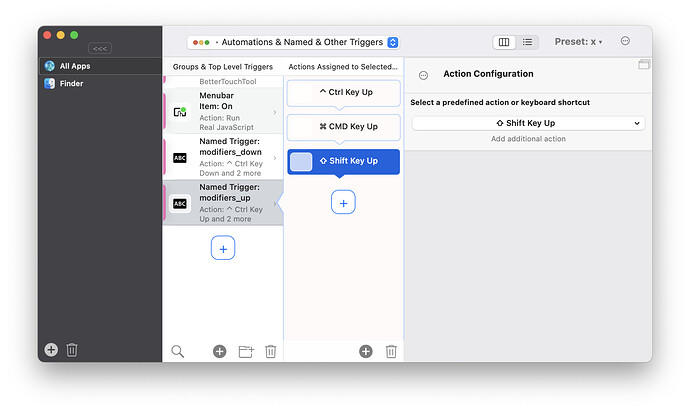 Mm, ok thanks. If I use different gestures for different modifier combinations, I don't know at the end which are down or up. I need one gesture/action that releases of all of them. So to say back to the basic state

Ah, sorry, I can set up all modifiers up, right?

Right you could release all in one named trigger, there should not be any negative effects of doing that.

Unfortunately does not work... 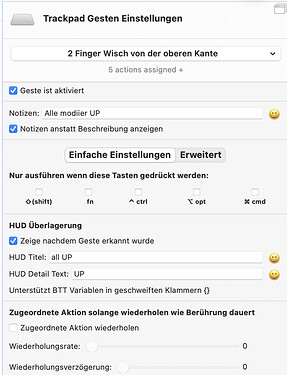 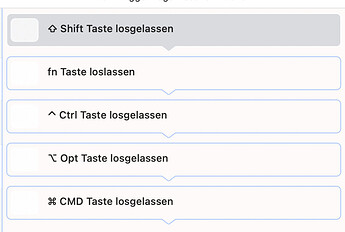