Show slider only when app is running [SOLVED]

What seems to be happening is that if the Music app isn't running, then the slider is sent a blank value (return ""), which gets interpreted as a zero and the slider remains visible, set to zero.

Any ideas how to hide a custom slider widget for an app that isn't running?

My predefined action (AppleScript async) is:

Currently the only solution would be to create a conditional activation group and use the "Running Processes" property: 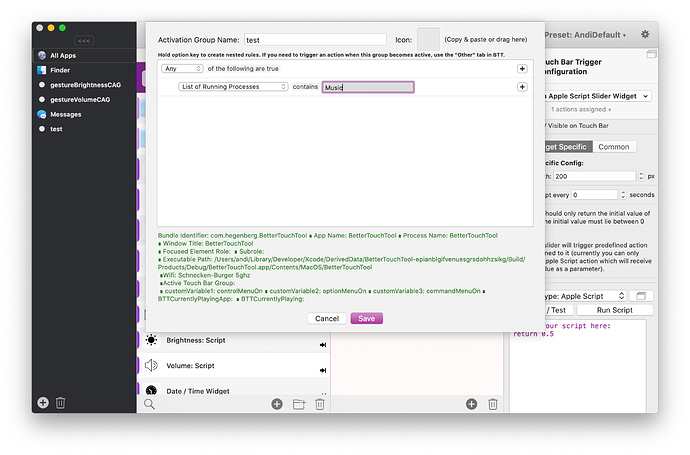 However I have just uploaded a new alpha version which should make the slider behavior the same as for other widgets, so returning an empty string should hide it. Possibly try that alpha.

The first solution works (though it's a little bit slow to react). Thanks! I'll look forward to the updated feature in a stable future release!