The app (BST) looks outdated. While it functions great, it's starting to fall behind visually/look/feel. Any effort being put into redesigning/rebranding the UI/UX and look/feel?

A new UI (and functionality upgrade) for the custom snap area feature is planned, apart from that I don't think it will change much. The current UI works well and I rarely get support requests about it.

I mean, I have a feeling you would be getting more downloads/purchases if you updated the look/feel, but that's just me. Here is how I would go about it. 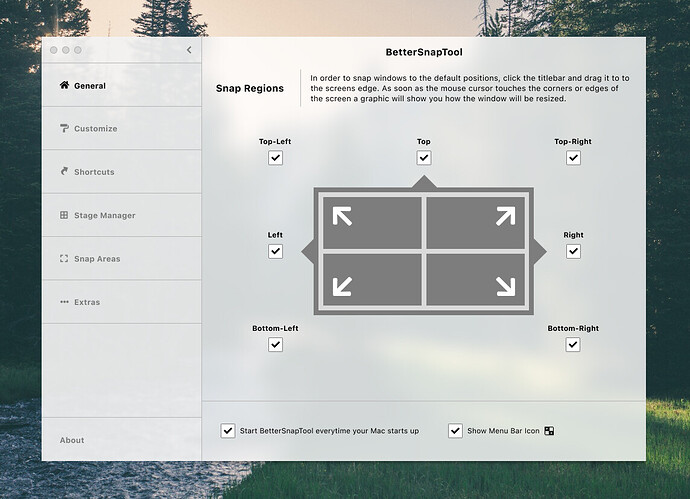 More downloads/purchases with a different look?

Do you know why big companies invest a lot of time and money in a "different look"? Because marketing people tell them so, until they believe it. But the ones who make the most money out of it are exactly these marketing people. Could it be that you are one of them? No offense.

Granted, the look you're criticizing isn't particularly sexy. But it's clear, understandable and most importantly the feature works.

What I think is completely irrelevant, but Instead of investing more time in something that will never please everyone anyway, new features would be preferable. Substance is always more than appearance.

A more modern UI could maybe sell some more copies, on the other hand I would need to drop support for older macOS versions (which also still sell some copies). BST still supports macOS 10.7

@Frank1 While what you're saying may be true in some contexts. Anecdotally, I can tell you that BST is getting outpaced for a "snapping" app, and it's been on the market a lot longer and has better features. Want to know why? Design alone. 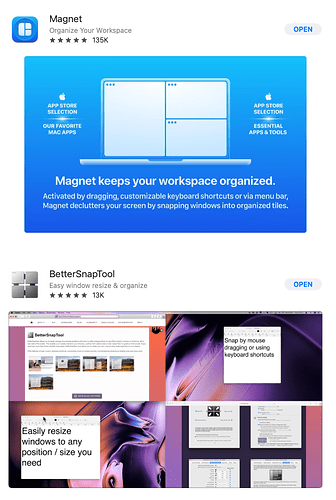 I can also tell you that I'm not in marketing; I'm in user experience. While the features are there, the UX is not great, and I believe it's holding the product back.

@Andy_Layman You're probably right about everything. Anecdotally, I could tell you about three big companies that have invested a lot of money in a "new look" in the last 5 years. And guess what? They are doing significantly worse now. Not because of the new look, but because they lack that very same money to provide better customer service. They have invested in appearance instead of substance. It probably needs a balance of both. Can we agree on that?

I agree a balance is good

As far as I know for magnet, it was mostly the 99 cent price tag that made it successful - not the design (nowadays it’s more expensive).

Totally agree it needs a balance.