Sometimes a series of actions is long, and if I've designed the series of actions a long time ago, it isn't immediately obvious what a specific action does. For example, my shortcut (Right-CMD + D) in the screenshot's example does the following:

(A) Find the most recently downloaded file in Finder (actions 1-7 in the screenshot below)
(B) Call Alfred's "universal actions" window on the file (action 8)
(C) Among Alfred's possible options, choose "move" (actions 9-11).

So Right-CMD + D, allows me to move the most-recently downloaded file into a folder of my choice. This requires 11 actions. As you can see in the screenshot below, it is not very obvious what each of these actions does. For example 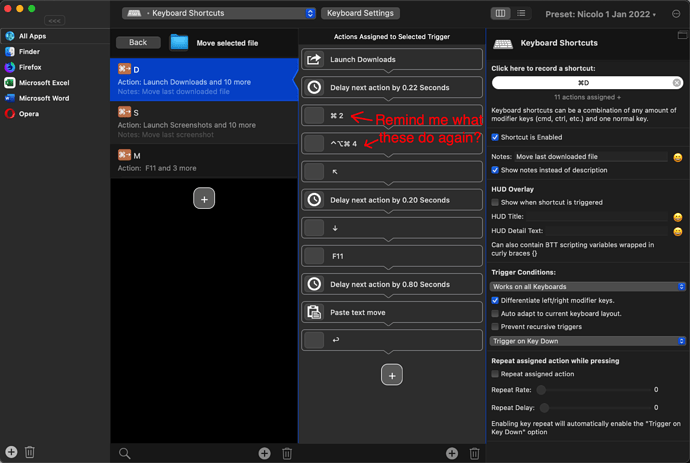 In the meantime, I'm using the Run Apple Script action and writing my comments in there. 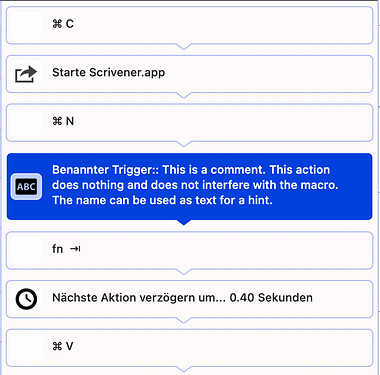 It's a good idea, I'll add a dedicated "comment" action.