Hi, it would be nice to have the whole information crawl within the fixed width widget. 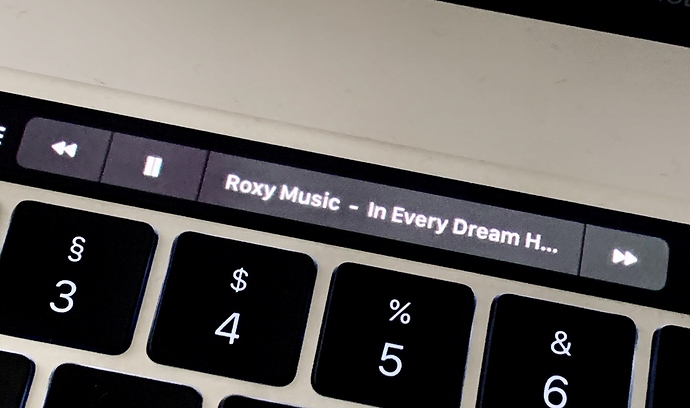 i've had it that way for a few months now but i prefer the one line layout.

Agree, its been a glaring omission to the Now Playing Widget.

having animated stuff on the Touch Bar causes a lot of energy usage because it needs to re-render all the time - which is why I haven't added this yet. (The Touch Bar is basically an iOS device and the communication from macOS with the iOS running on the Touch Bar is relatively expensive)

But maybe I'll make it an option soon

I already have it working here, do maybe it won’t hurt.

Optional is the way to go of course. Would be nice to have it as an option for any text on a "button", with your warning of course.

thats sad to hear. a crawl text should be part of the standard feature set provided by apple for toucbar developers imo. same with being able to set the brightness of the touchbar.
hope it changes for the better in the future.

But maybe I'll make it an option soon

I already have it working here, do maybe it won’t hurt

hey @Andreas_Hegenberg, anything on this?