This will jump the song to the right spot, but as the song continues to play, the slider obviously doesn't move.

or something, that doesn't work.

How can I update the sliderValue based on another variable?

P.S. this is also useful for other purposes. For example, the example script of changing the volume doesn't update if you change the volume using the System slider. I think this example slider should also update based on the current volume.

The return value of the script that is directly assigned to the slider widget (not the action) will be used for the slider position. This means it will refresh based on the refresh rate of the slider script widget. 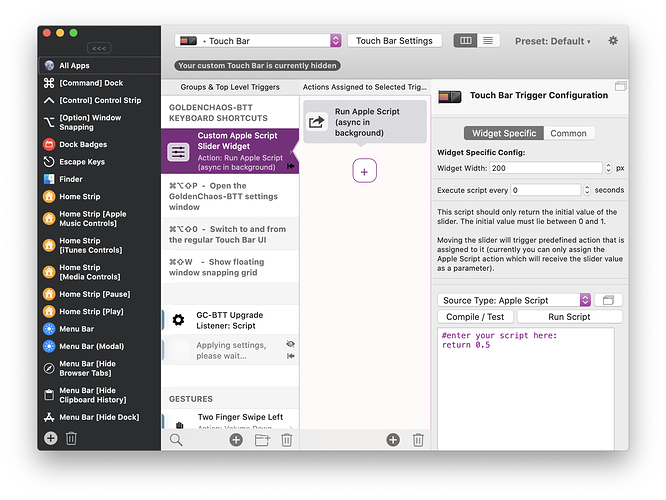 I want to know how to refresh the slider script widget