I discovered this glitch when I tried to recreate both forward and back buttons, since I don't have a Touch bar MacBook, I just ran the touch bar on a simulator and it works. I assume this glitch affects the real machine as well.

Simply put, since I can't find an icon that can provide the same crispness as the original, I decided to screen shot the one in the system, and use a third-party paint program to edit it. I set the size of the PNG to 60x60 (Which is the default height of the Touch bar), then pasting the original arrow on the button. After I dragged the PNG file to the icon, then take a screen shot, I found that all of the shades inside the arrow gone missing. Later I tried to edit it with a darker border, but after dragging them in, the same thing happened. 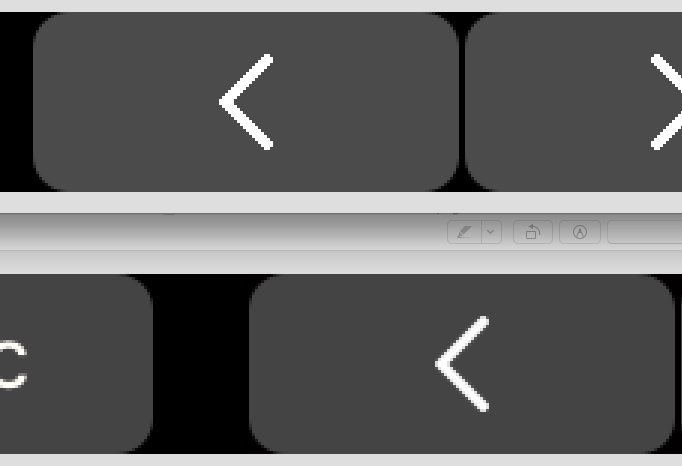 (As you can see, on the top are the ones with BetterTouchTool, compared to the original one, it's missing shades inside of both arrows. 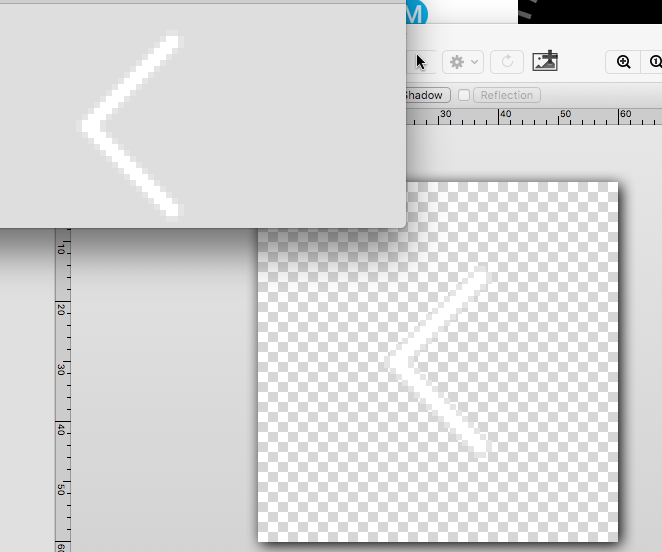 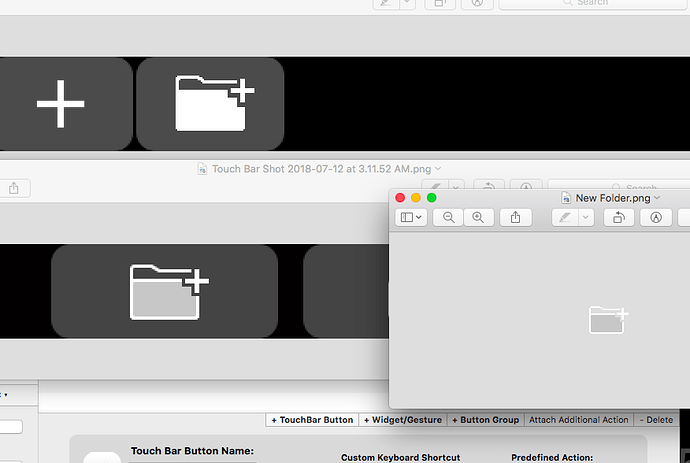 I noticed this when trying to implement a customized touch bar.
The reason is that the algorithm used by BTT chooses between black or white and only those two, depending on the background. If you would like to have the shades, which are actually some gradations of grey, it would be necessary to change this algorithm in BTT. So, this is not a bug, it is the intended behavior.
Hope it helps

PS: I found the answer in one of the questions in the old GitHub forums a while ago

Hi,
Yes, I just found it out this afternoon. Even though I can make icons with shapes, it's next to impossible to look exactly like the original. If the grayscale is too low, then it will simply disappear.