Is there a difference between move next screen, and move center next screen?

Move to next screen will move to the same location, but only if the monitors have the same resolution.

However I think you can use the "Custom Move / Resize" action like this: 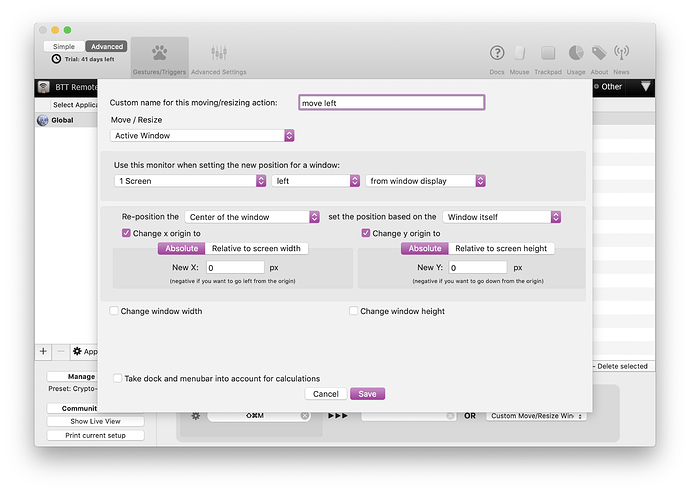