I honestly don't recommend anyone install this, except @Andreas_Hegenberg maybe for troubleshooting . It's a work-in-progress refactor of the menu bar and dock using conditional activation groups so there don't need to be eight copies of the same widget.

It's very fast and uses much less energy. But it's also very buggy and breaks the modifier menu layouts.

Screenshots of What Dun Broke

This happens because the secondary menu bar items don't know to hide for modifier menus.

The menu bar also will probably disappear after a little while.

There's also no way to leave widget groups like Browser Tabs, Language Picker, etc. once you're in them, because the menu bar does not yet include toggle switches for those groups.

But it's very fast!! Zooooooom.

New experimental version! It's only slightly less broken than the last one. You could install this and not have a terrible time, I guess. 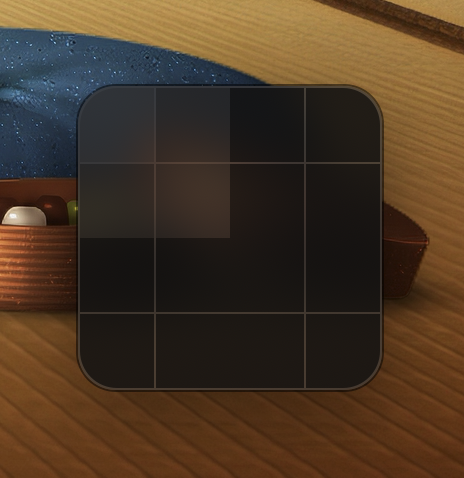 This version introduces the floating HTML settings window. It does away with the on-Touch Bar settings menu entirely in favor of this much more intuitive windowed menu.

However, it's only half-implemented. All of the buttons actually trigger their respective actions (except for some dock badges, oops), but there are no indicators that processes are running, and the switches don't reflect real settings (the active/inactive buttons are hardcoded right now).

You should be able to use Reapply All Settings here to upgrade, even if the progress bar is broken at the moment. Please also try toggling various settings to see if they actually do anything - results have been spotty on my end for anything that isn't reapplying all settings. 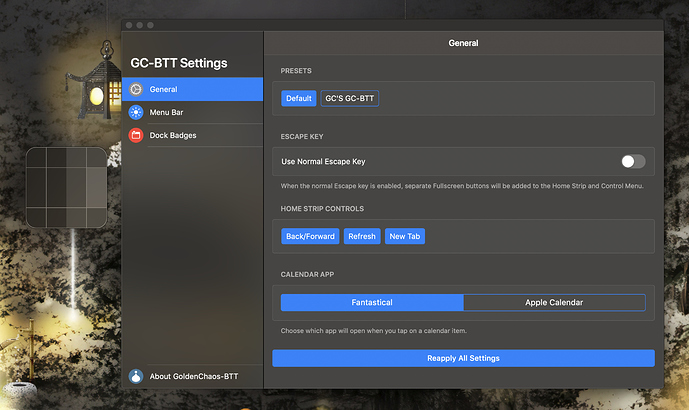 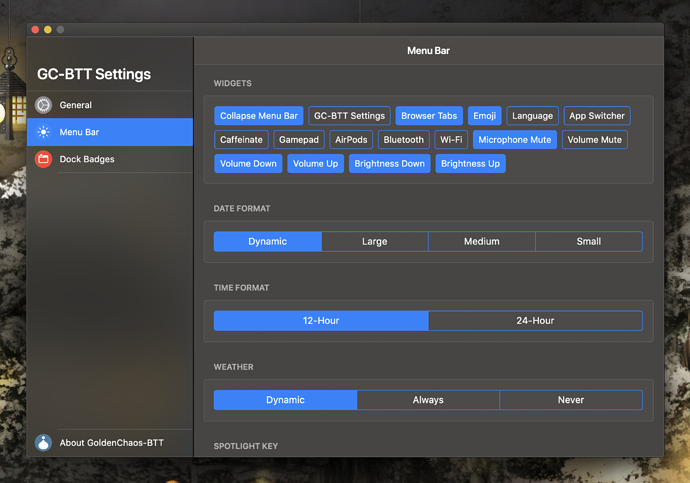 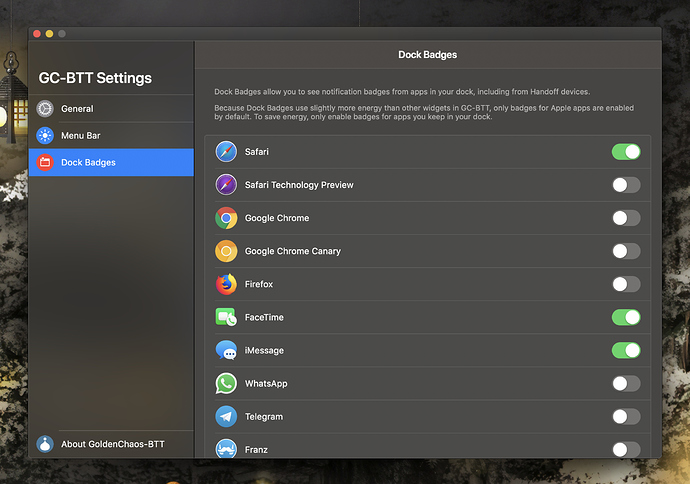 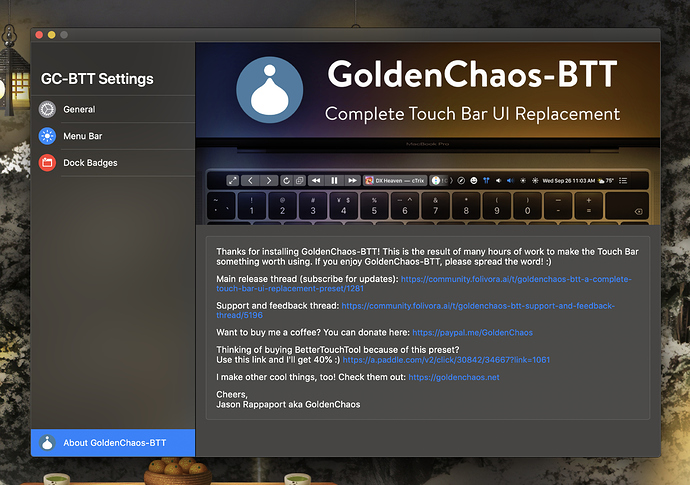 New experimental version! Just some bug fixes for this one.

The corresponding version of BetterTouchTool contains a critical fix for users performing initial BTT setups where previously button labels would show up for every widget. To prevent this issue please make sure you are on BTT 2.698 for this and future builds of GC-BTT!

Two updates in one day - it's been a while!

This build requires BTT 2.700 as it uses new functionality to detect which widget group is currently open.

Menu bar tabs are back babbyyyyyyy! You can still use esc to close the groups if you want, though.

A new stable version is right around the corner. If you're willing to put up with the setting switches not updating yet, I recommend upgrading to this version. If not, the fix is a pretty simple configuration change to the two instances of the Now Playing widget.

New experimental version! The settings window really works now! At least a decent portion of it does.

All dock badge toggles and the escape key toggle will reflect their actual settings in addition to actually changing the contents of your Touch Bar. Please test these out! I'll be hooking up the rest of the switches in short order. The dock badges tab is basically done, but expect the General and Menu Bar tabs to get a hefty redesign with better icons, etc before the stable release.

Please test all the dock badge toggle switches and make sure they work properly! 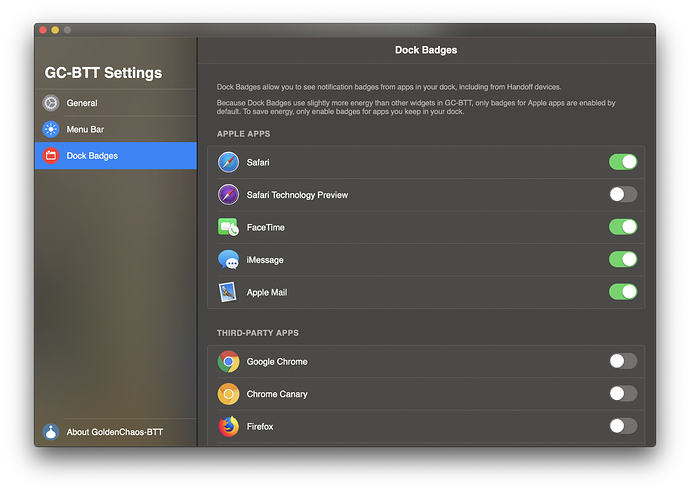 New experimental version! Now most of the settings menu works!

Also, I summoned all of my COURAGE

and swapped the option and control menus. Let me know if you hate this. I don't make this change lightly, but it really seemed to make sense to have all the system controls under, well, the control menu. 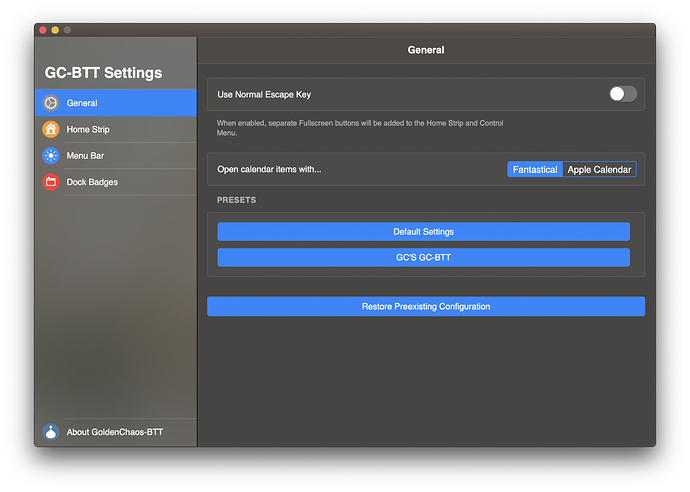 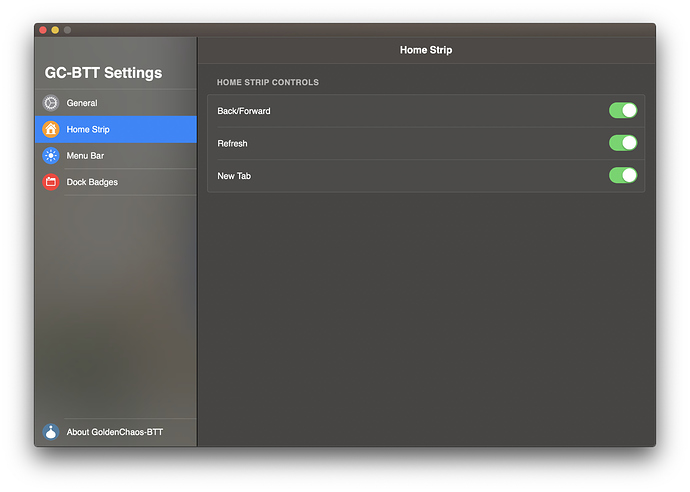 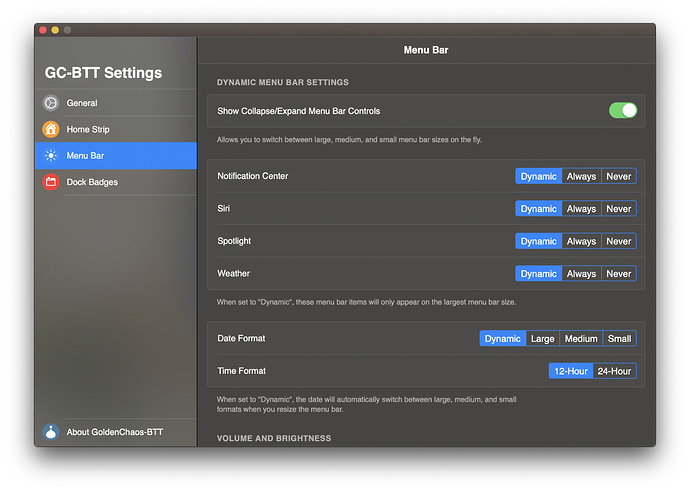 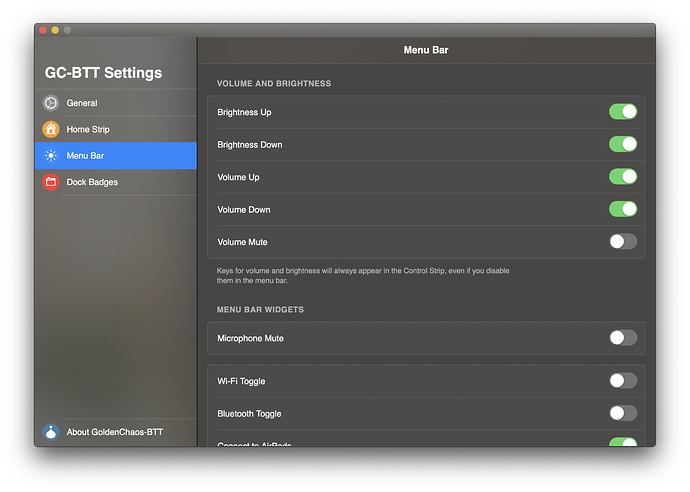 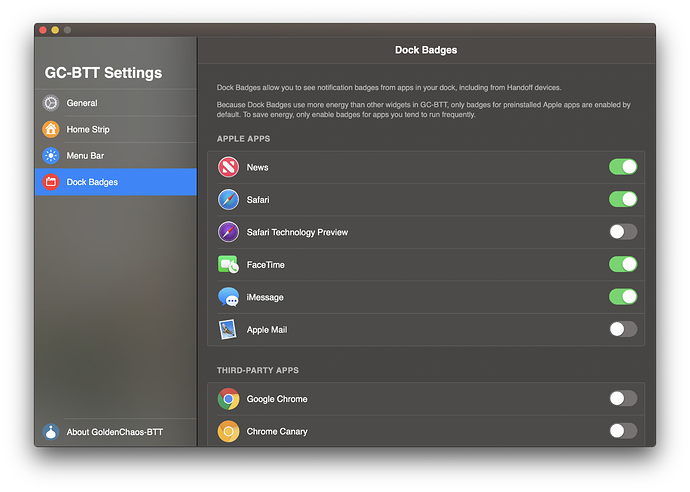 I'm happy to report that the new settings window is, at last, fully functional! All segmented controls now update in real time to reflect their preferences. From here, there's just a lot of design and optimization work to be done for it to meet my standards for a stable release.

This version also fixes a bug with the AirPods widget where it wouldn't open the Bluetooth menu unless the Volume menu was also enabled.

Shots of the default settings: 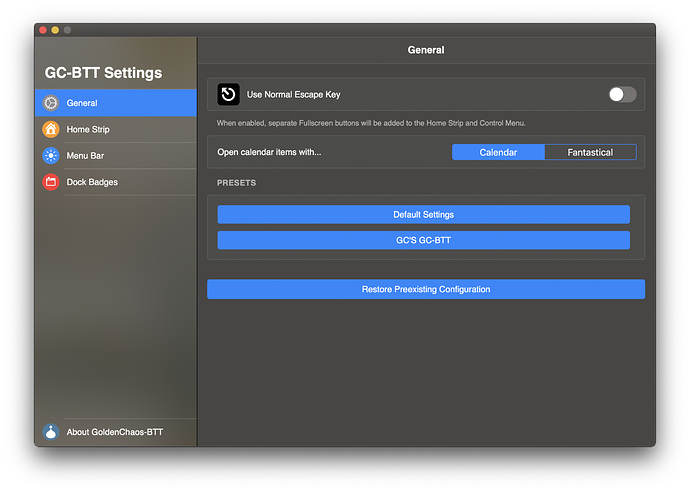 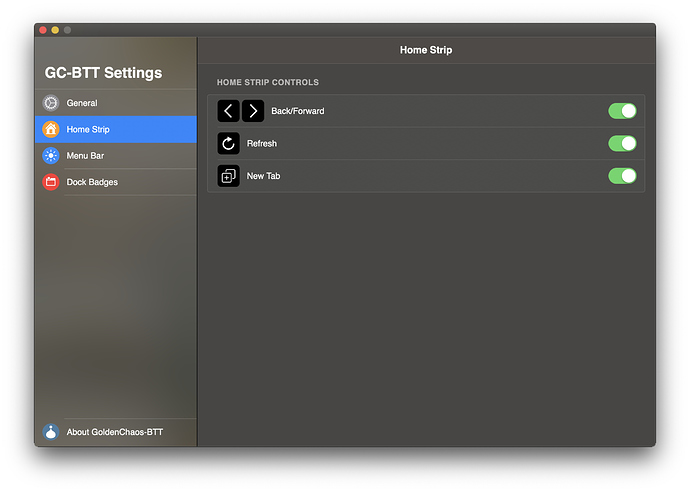 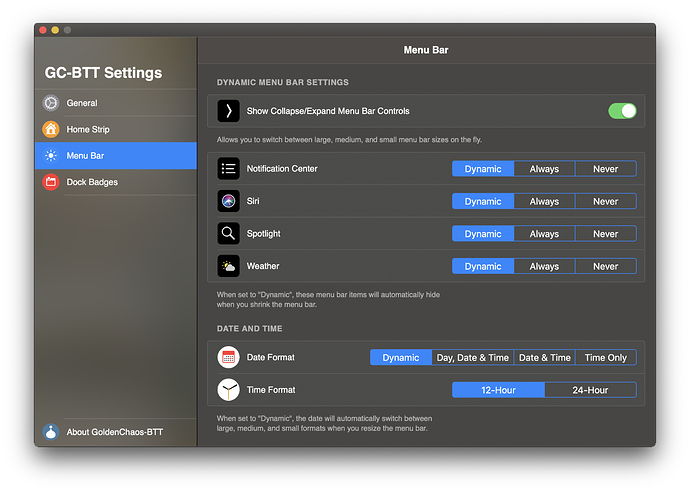 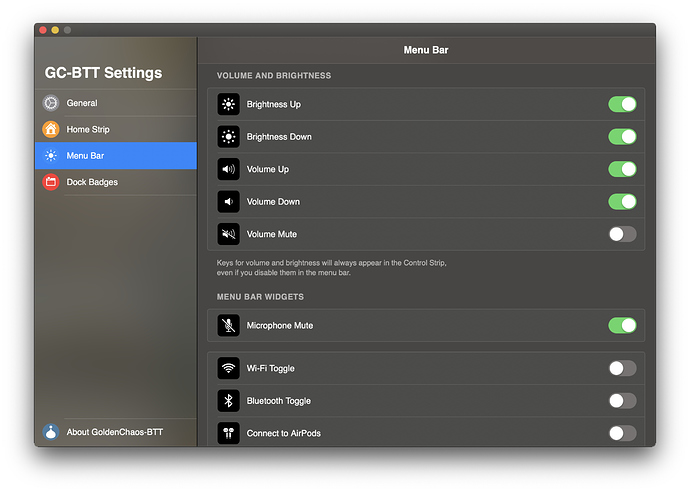 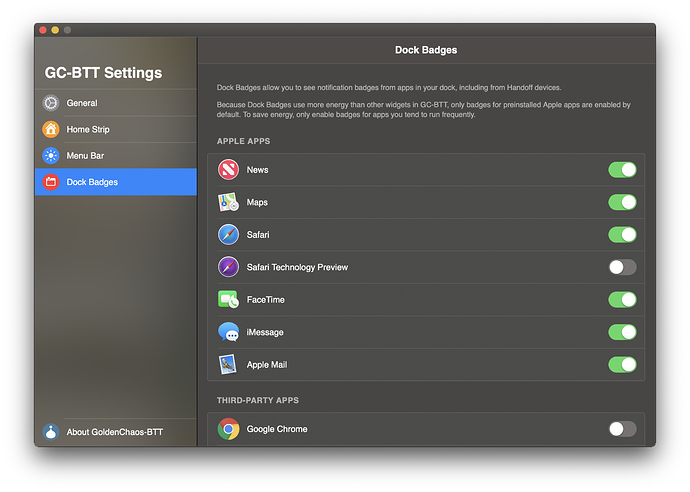 New experimental version! With the initial settings implemented I can finally go and add many much-requested settings. I'm kicking it off today with some modifier menu toggle switches. You can finally disable the app switcher if you want! 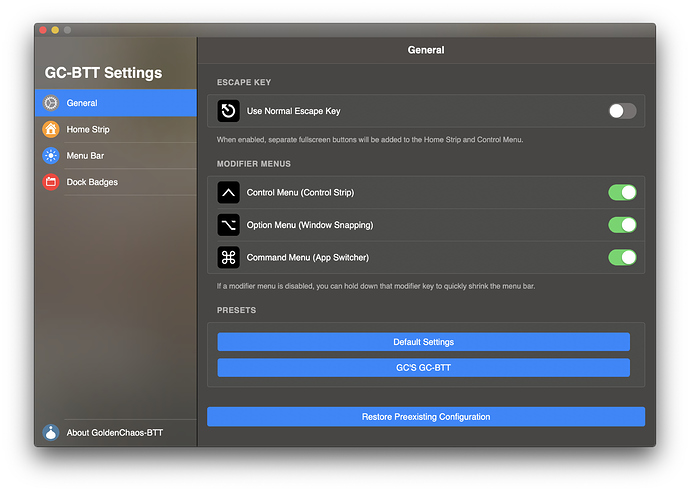 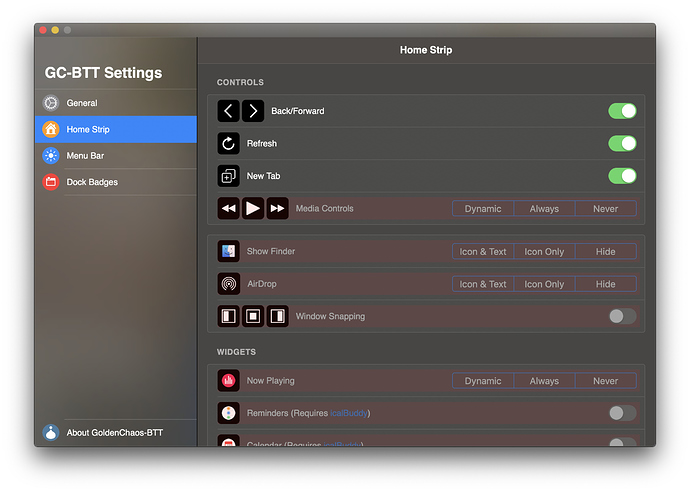 please let me know in the feedback thread any additional settings you'd like, because this actually rounds out most settings I have planned for existing features. My remaining work on the settings window is pretty much just design-related, polishing up icons, making links work, etc. 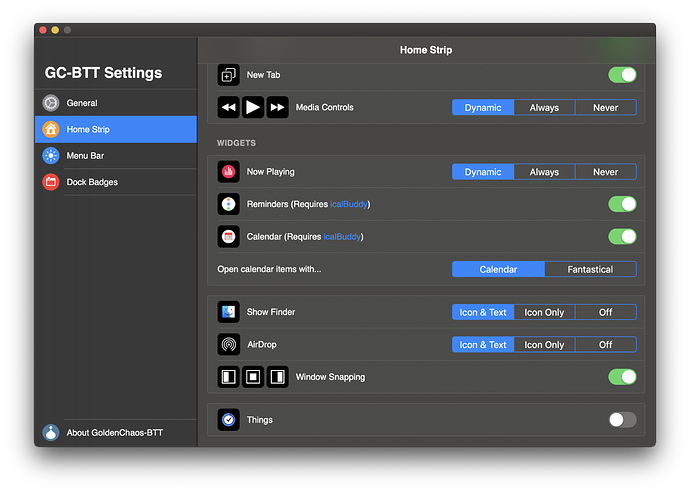 New experimental release! Got to spend today working on polishing the UX and icons 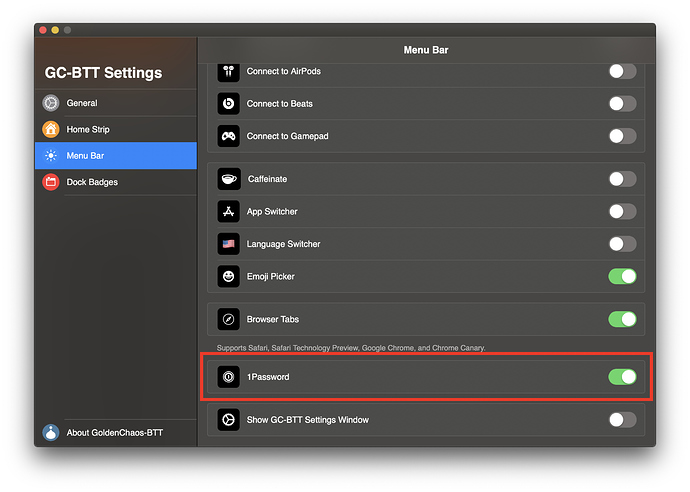 New experimental version! Adding more menu bar items for third party apps I use often. Let me know what apps you use in the menu bar that you'd like to see keys for! They're super easy to make since they often just trigger a keyboard shortcut.

Also, since I sometimes report when certain experimental versions are more stable than others, I'd peg this one as a "pretty stable" experimental release. We're close to release candidate status, just a few more things to add, so you could conceivably switch to the experimental channel as a daily driver until the next stable release and I wouldn't think you were that crazy. 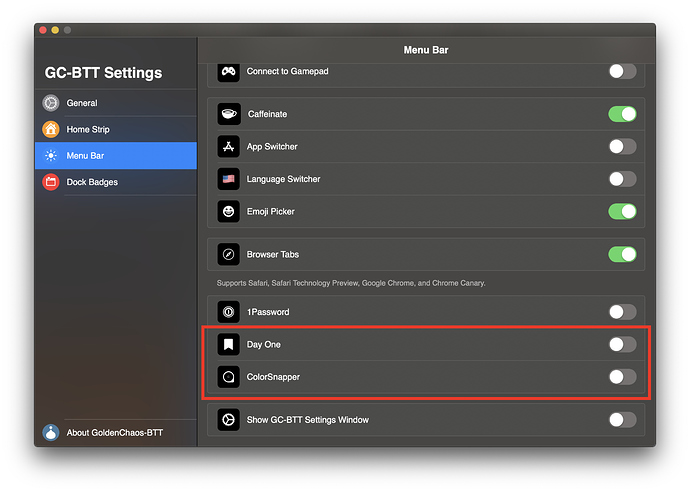 New experimental version! This one is back to being more experimental, and introduces some core changes to how media controls are displayed. The hope is that this improves responsiveness and media player compatibility. The reality is that there's still some work to be done, haha. 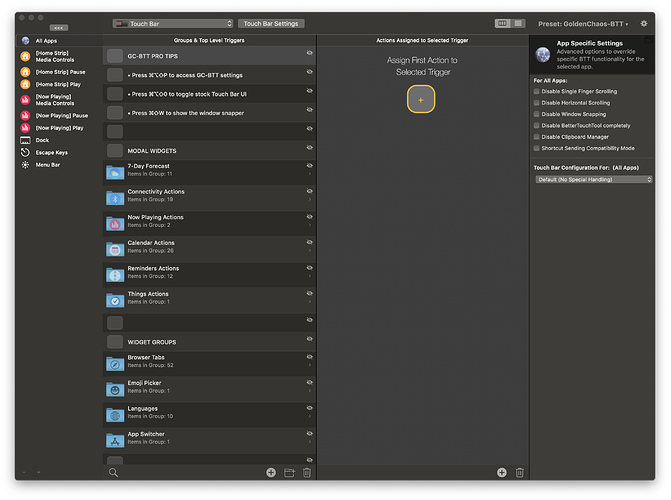 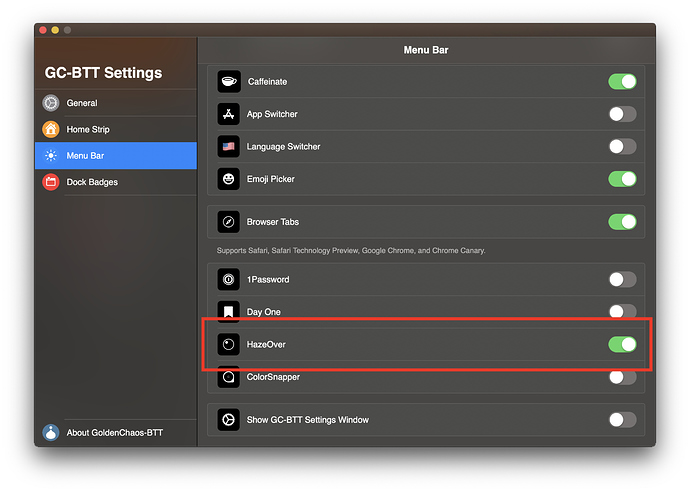 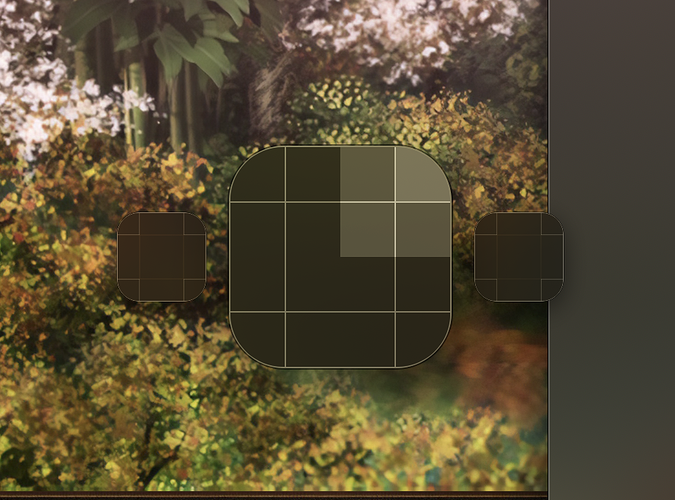 New experimental version! This fixes a critical bug in the previous version that would cause iTunes to relaunch when quit. It also adds an updated UI for album art, and finalizes my media control refactor using conditional activation groups. This means that media controls should be more responsive than ever!