Create two same touch bar buttons in BTT.
Configure one of them to show always unless one of the selected modifier keys is pressed: 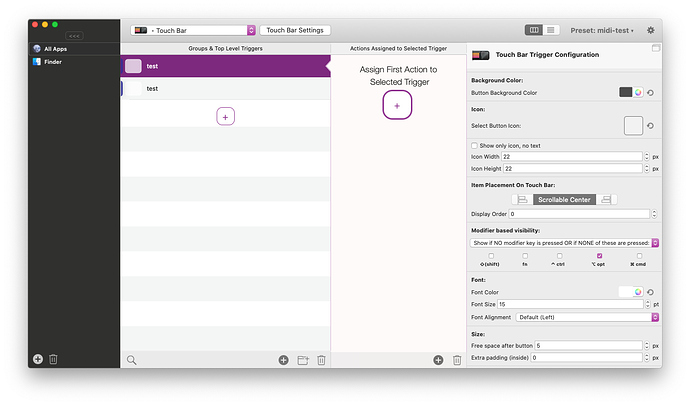 Configure the other one to only show while that modifier is pressed: 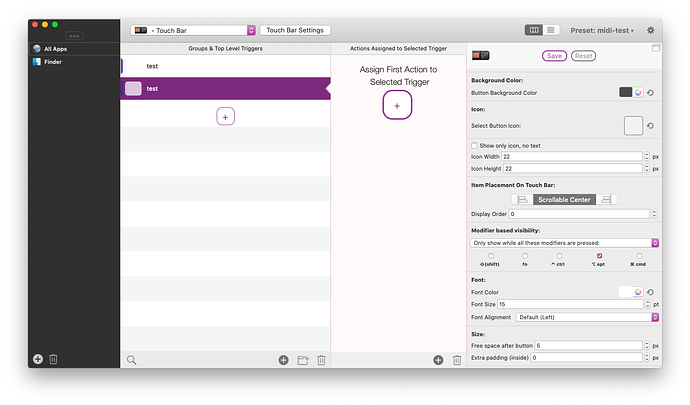 Thank you for your quick reply. I know that is possible, but personally I think being able to configure a button to have modifier-based actions would be more elegant, since showing/not showing a button based on modifiers has the downside of perceivable lag.

Unfortunately modifier based actions are not easy to integrate with the current structure, but I plan to refactor that eventually, then I'll try to add them.

You can also do it using a little Apple Script but for now I'd recommend the method I described above.

The lag is only a CPU usage improvement, because otherwise BTT needs to reevaluate enabled triggers & actions on each modifier press. During the "lag" BTT collects multiple modifier events and combines them so it only needs to evaluate the final press.

You can disable the lag/delay using this terminal command while BTT is quit:
defaults write com.hegenberg.BetterTouchTool BTTFlagsChangedDelay 0