Hi, I have a simple question: Is it possible to have one action trigger when the button is pressed, and one when it is released? I noticed the system fn keys do this. So when you press F3 (which shows up when holding fn), it sends a press event, and when you release it, it sends a release event. Is this possible to emulate in any way with BTT?

As a workaround, you can use a separate long press action for the same button and if you search the forum there’s a script to use double tap as well. 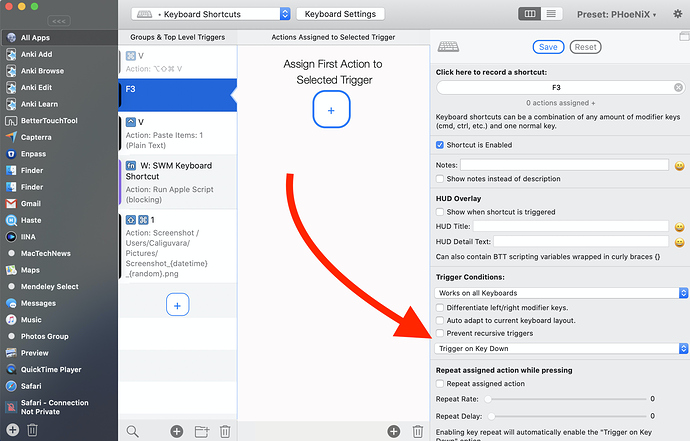 That looks like it's for keyboard buttons though? My problem is that it doesn't seem possible to do this for touch bar buttons. I don't want to do something when F3 is pressed/released, i want to add a button to the touch bar that can press and release F3 when that custom button itself is pressed and released.

Ah, basically emulate a physical key. Sorry I misunderstood that!
I'm afraid I don't see any possibility to achieve that

Do you know whether it's a limitation with BTT or with the touch bar itself? I'd imagine it is possible, since that's how the function keys work, just that something like it has not been implemented for BTT.

Should i add the feature requests tag to this thread?

I just moved it

And a +1 from me for this feature!

Would love to see an update on this @Andreas_Hegenberg

Perhaps you missed it?