I'm using the current version of BetterTouchTool (with the new UI) on a late 2014 Mac Mini running Mac OS 10.14.5 with a 1st gen Magic Trackpad.

Any idea what's causing this?

Maybe make it show a HUD Overlay to see whether it's somehow triggering the 4 finger tiptap left: 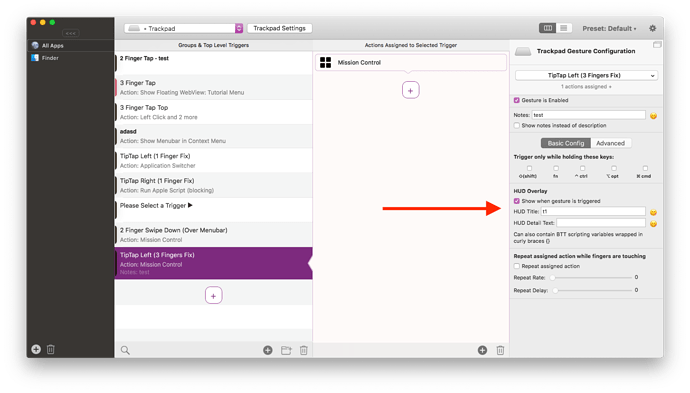 Otherwise, maybe you have set that 4 finger tiptap right for a specific app? (Left side-bar)

Good idea! I just did that. I added a HUD overlay for my 4 finger TipTap left. I named it "4 Finger TipTap Left"

I wonder what's causing this.

I can't seem to reproduce this here, possibly try to add a 4 finger tap right and assign no action.

You can also send an export of your preset to andreas@folivora.ai, then I'll have a look!